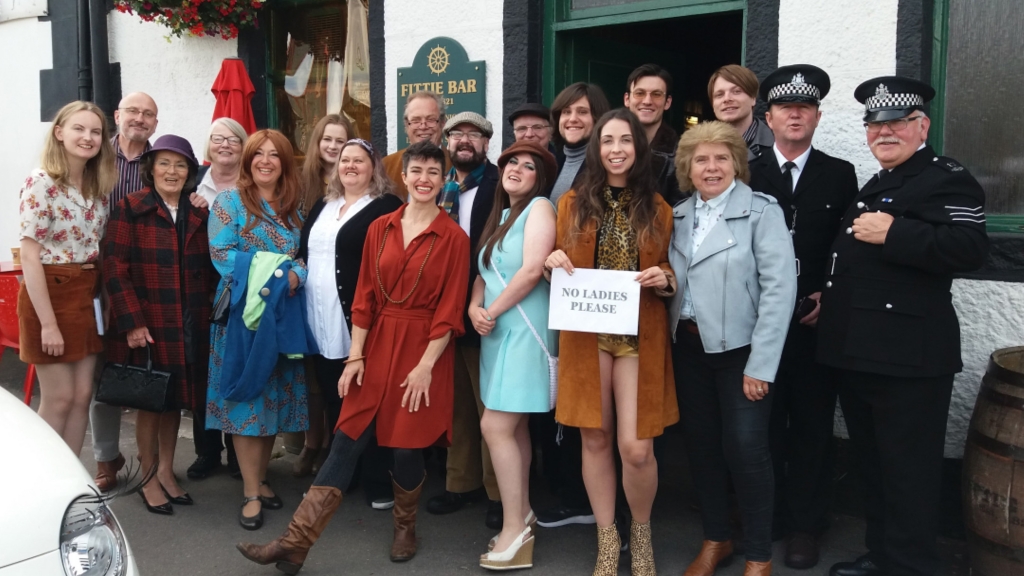 A short film, which tells the true story of a sex-discrimination protest in the 1970s at one of Aberdeen's most famous pubs, has won an award of merit from the US Best Shorts Film Festival in Los Angeles.

No Ladies Please is a 12-minute production featuring local actors, which depicts the incident in the Grill on Union Street in April 1973.  It had its world premiere to a sell-out audience at the Belmont Cinema in Aberdeen on September 30.

The idea for the film was developed by Dr Fiona-Jane Brown, Project Co-ordinator at the University of Aberdeen’s Elphinstone Institute, who discovered the story when she was researching the history of the Grill in 2016.

The Scottish Trade Union Congress was holding its annual conference at Aberdeen Music Hall on April 19, 1973, with the main debate being about the Sex Discrimination Bill. A young delegate called Jacquie Shearer pointed at the Grill, a pub across the road which had a ban on women entering or being served, despite employing female bar staff.

Her colleague George Robertson (who later went on to serve in Tony Blair's cabinet) suggested that he would happily join his female colleagues over at the Grill for a drink to "strike a blow against the discrimination of women". The result was a protest which was splashed across the national news as the trade union women demanded a drink and were summarily ejected by the police due to the owner's complaint.

Dr Brown described the award as a ‘massive boost’ for a new film starring local actors mainly speaking in Scots.

I hope that the experience of film making can feed into my new project and inspire the making of more documentary-style films on North East history and culture through Elphinstone Institute." Dr Fiona-Jane Brown

“We entered the film into a competition called Best Shorts, which is based in LA, and were told last Thursday we had won "Award of Merit", alongside a worldwide selection of short films of all genres. We have also entered another 11 competitions, including the Oslo Short Film Festival, and we received a special mention in Edinburgh's UK Seasonal Short Films competition, which took place earlier this month.

“I started researching the Grill in 2016 and decided that the story of the protest should be shared with a wider audience. After a successful funding bid to Aberdeen City Council’s Creative Funding team and a crowdfunding campaign, the film was made under the auspices of the Bon Accord Civic Heritage Association, a non-profit group I set up to promote lesser-known elements of local history, and produced by local community film group, Crow House Projects.

“I hope that the experience of film-making can feed into my new project and inspire the making of more documentary-style films on North East history and culture through Elphinstone Institute.”

More information about No Ladies Please can be found at www.facebook.com/noladiesplz1973