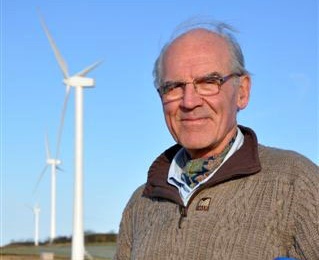 The University of Aberdeen has paid tribute to its Rector, Dr Maitland Mackie, who died yesterday following a short illness.

Dr Mackie was elected Rector in 2011 and took up his post following a traditional ceremony in March 2012.

As Rector, he acted as the students’ representative, particularly in welfare matters, and sat on the University Court, continuing his long association with the University of Aberdeen going back more than half a century.

Professor Sir Ian Diamond, Principal and Vice-Chancellor of the University of Aberdeen said: “The University community is deeply saddened to learn of the death of Dr Maitland Mackie.

He was an extremely popular Rector who will be remembered with great fondness and our thoughts are with his family at this sad time." Professor Sir Ian Diamond

“Dr Mackie had a long association with the University graduating with a BSc in Agriculture in 1958 and MA Hons Economics in 1971.

“He was chairman of the Aberdeen Students’ Charities Campaign during his time at University and continued to be a champion of the student body, leading to his election as Rector in 2011, having previously served as a member of the University Court.

“Dr Mackie drew on his own student days and worked tirelessly to promote enhancements to the student experience at Aberdeen.

“He was an extremely popular Rector who will be remembered with great fondness and our thoughts are with his family at this sad time.”