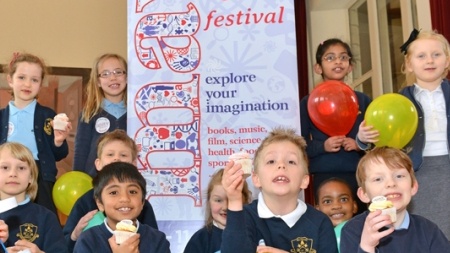 The Aberdeen public will get a taste of a festival expected to attract thousands of people to the city with a special preview event this weekend.

A team from the May Festival, organised by the University of Aberdeen, will be in the Bon Accord Centre from 12noon to 4pm on Saturday (April 19) to show shoppers a sample of the many events on offer.

The May Festival runs from May 9-11 and has a programme of events ranging from literature and film to science and nature.

On Saturday, there will be stilt walkers and unicyclists alongside hands-on science demonstrations and May Festival organiser Jill Burnett said it reflected the diversity of the festival.

The May Festival is a great opportunity for people to take part in a wide range of engaging events on their doorstep." Jill Burnett

“May Festival will offer something for all tastes – from our headline acts which include the veteran war reported Kate Adie, Charlatans frontman Tim Burgess and journalist and author Tony Parsons, to magic shows and storytelling for children.

“The first May Festival ran last year and attracted more than 7,000 visitors and we expect this year to be bigger and better.”

The majority of May Festival events take place around the University of Aberdeen’s King’s College Campus and a festival-feel will be created with a host of drop-in sessions including face painting and life-sized puppets, sessions in the Cruickshank gardens and a ‘hack ‘n’ make’ fair and produce market.

Other highlights include performances from singer and broadcaster Mary Ann Kennedy, ‘Project Wild Thing’ with filmmaker David Bond, who will share his experiences of tying to reconnect children to nature, and a talk from Paralympian Neil Fachie, fresh from his success at the Para-cycling Track World Championships in Mexico.

Influential film journalist David Gritten will share ‘behind the scenes’ stories from his interviews with leading filmmakers and actors including Steven Spielberg and Martin Scorsese; journalist and broadcaster David Torrance will host a debate on the Independence referendum; and a homecoming finale concert with the Red Hot Chilli Pipers will bring the weekend to a close.

Jill added: “The May Festival is a great opportunity for people to take part in a wide range of engaging events on their doorstep.

“There are now just three weeks to go until the May Festival returns and we want to let people know just how much will be on offer.

“Many events are free of charge, including all those in the Children’s festival, thanks to our continued sponsorship from Saudi Aramco, Marathon Oil and Talisman UK.

“We would urge people to come along to the Bon Accord Centre on Saturday to get a flavour of the main festival and to pick up a programme.”

The May Festival runs from May 9 to 11 and full details are available at http://www.abdn.ac.uk/mayfestival/