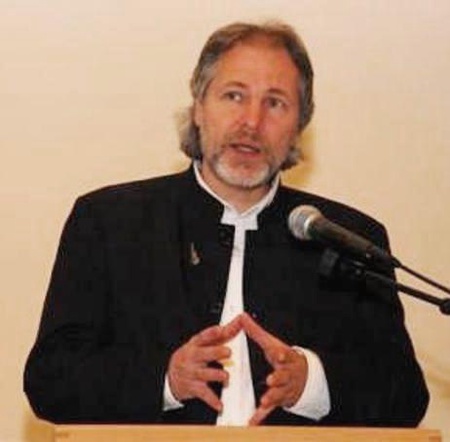 Bernd Wannenwetsch, Professor in Theological Ethics at the University of Aberdeen, has been elected president of the Society for the Study of Christian Ethics.

The Society is the principal academic society in the UK for scholars and practitioners whose work relates to the fields of ethics, politics, religion, philosophy, theology, and public life.

Professor Wannenwetsch, who joined Aberdeen from Oxford last year, said “I am honoured to be entrusted the presidency of a Society that not only represents the best academic standards of our guild, but also succeeds, like very few academic institutions today, in keeping theoretical reflections connected with the actual needs of practitioners in schools, churches, and various other professional or vocational institutions in our society.

"Where else would you be able to discuss such wide-ranging issues such as ‘Banking and Debt’, ‘Liturgy and Ethics’, ‘Theological Reflections on Climate Change’, or ‘Asylum, Immigration and Nationality’ - to name just a few themes of past annual conferences of the Society?”

The Society, which was established in the 1980s and which has sister societies in the Societas Ethica (on the European Continent) and the Society of Christian Ethics in the USA, holds an annual conference which attracts leading scholars and practitioners from academia, politics, the church and society throughout the United Kingdom, continental Europe, and the United States.