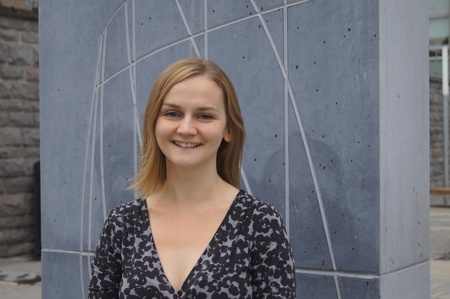 The ability to stick to a diet is linked to how efficient you are in a group of mental processes – according to research by University of Aberdeen scientists, presented today at the British Science Festival.

Executive functions are psychological skills we use to achieve goals – for example planning actions in advance, solving problems and ignoring distractions.  People with less efficient ‘executive functions’ are less able to adhere to healthy diet intentions. Scientists behind the research are using the information to develop interventions to help people eat as they intend.

said: “Four individual studies that have taken place at the University of Aberdeen over the last 4 years, involving –around 250 subjects have shown that a link exists between a person’s level of executive function and their ability to stick to dietary goals.

The tests University of Aberdeen scientists have conducted which have shown this link include:

Dr Allan continued: “We are now at the point of developing interventions to help people with less efficient executive function stick to their healthy dietary intentions.

“The first option we are looking at has been tested in a recent study.  People with less efficient executive function may be more likely to give in to temptation at the last moment before they make their decision – so if they are standing queuing to order food in a coffee shop they may be more likely to make a ‘wrong decision’ on what to order at the moment before they get to the till.

Over a 12 week period this was displayed periodically in two coffee shops in Aberdeen. Findings showed that in the weeks where the signs were displayed, sales of lower calorie foods went up and sales of higher calorie foods went down.  In addition, customers with less efficient executive function were more likely than others to reduce the calorie content of their purchases after seeing the signs.

This showed that the signage was supporting people to make healthier choices the theory being that the signs helped those with less efficient executive function by providing:

•          A clear solution to help meet their goal, reducing the need for advance planning

•          A concise summary of the information they require to aid their decision making process, reducing the need for flexible evaluation of options

Dr Allan said: “From our research it’s clear that sticking to a diet is not simply a case of making a decision to eat more healthily.  Dietary control involves lots of different psychological skills and resources and so will be much easier for some people than others.

“We’ve also shown that it is possible to change our environment in a way that makes it easier for people to stick to their diets.”

Dr Julia Allan is taking part in a press conference at the British Science Festival on Friday September 7 at 10am.