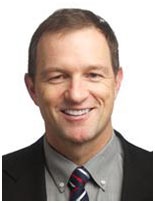 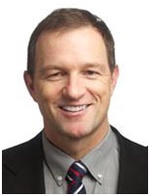 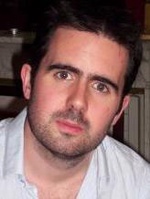 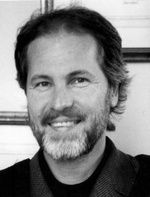 The University of Aberdeen’s highly regarded department of Divinity and Religious Studies has appointed three world-leading professors to strengthen its position as a premier centre for world class research in Christian Theology and Ethics, Biblical Studies, Church History and World Religions.

The trio, who will join the faculty this summer, are all scholars of international profile and their distinctive contributions will greatly enrich what is arguably one the most vibrant centres in Europe for research and teaching in these fields.

Professor Mason is a graduate of McMaster University and the University of Saint Michael’s College, and currently holds a prestigious Canada Research Chair in Greco-Roman Cultural Interaction at York University in Toronto, where he has taught New Testament and Christian Origins since 1989. Widely recognised for his world-leading expertise in the work of Flavius Josephus, his research involves careful investigation of the history, cultures and texts of late Judaean and Graeco-Roman antiquity as the context for understanding Christian origins and early Christian writings.

He is the chief editor of the twelve-volume Flavius Josephus: Translation and Commentary (Brill, 2000) to which he himself has contributed two volumes: the Life of Josephus and Judean War 2. His other books include Flavius Josephus on the Pharisees (1991), Josephus and the New Testament (2nd ed. 2003), the Early Christian Reader (2004 with Tom Robinson) and Josephus, Judea, and Christian Origins: Methods and Categories (2009). He is currently completing a book on the Judaean-Roman War (66-74) to be published by Cambridge University Press.

His research concentrates upon foundational issues in theological ethics such as tradition and (post-) modernity, the role of Scripture and worship for ethical reasoning, political theology, labour and work,  marriage, sexuality and the family, as well as the theological thought of Martin Luther and Dietrich Bonhoeffer. He is the author of numerous essays, articles and books including Political Worship: Ethics for Christian Citizens (2004/09) and Die Freiheit der Ehe (1993). A frequent research collaborator, his edited and co-authored works include Who Am I: Dietrich Bonhoeffer's Theology Through His Poetry (2009) and Familie im neuen Europa (2008). Forthcoming in the nearer future are Good Works: Ethics in the Spirit of the Reformation (2 volumes), Glanz und Elend der Kirche im technokratischen Zeitalter and, with Brian Brock, The First Letter to the Corinthians in the Brazos Theological Commentary on the Bible series.

Professor Greggs is the author of Barth, Origen, and Universal Salvation (OUP) and Theology against Religion (T&T Clark, forthcoming in 2011), and editor of New Perspectives for Evangelical Theology (Routledge). A graduate of the Universities of Oxford and Cambridge, he is at present Professor of Theology at Chester University.  He has published widely on central doctrinal themes and the theologies of Barth, Bonhoeffer and Origen. He currently serves as Secretary of the Society for the Study of Theology and as co-chair of the Scriptural Reasoning panel at the American Academy of Religion.

The major focus of Professor Greggs’ present and ongoing research is the preparation of a three-volume work in ecclesiology structured upon the threefold office of Christ. He also intends to develop a research project on ‘Doctrine after Christendom’ and to continue his work in inter-faith dialogue and public theology.

The University’s Principal, Professor Ian Diamond, said: “That we have been able to appoint such internationally recognised scholars as Greggs, Mason and Wannenwetsch is a testimony to the extraordinarily high calibre of Divinity and Religious Studies here in Aberdeen. Their contributions will be essential to realising the University’s ambition to enhance still further its standing as a premiere centre for research and higher education in theology and religious studies in Europe, and indeed globally.”

Divinity and Religious Studies is a leading research department within the University and home to one of its largest communities of international postgraduate research students. The 2008 Research Assessment Exercise (RAE) confirmed its status, rating 80 percent of its assessed research at 4* (world-leading) or 3* (internationally excellent). The department ranks first in Scotland and second in a field of thirty-eight departments in the UK in the Times Higher Education tables.