Whose voices count? Doing research on the health of the poor
07 November 2016 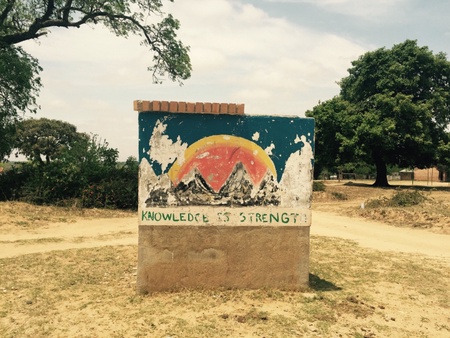 How should we be doing research with people living in poverty, who are hard to reach, vulnerable, disadvantaged and social excluded? People living in deprived conditions have crucial perspectives inequalities, and through authentic engagement can provide important evidence for public policy.

This seminar brings together researchers working in different world regions to explore how we can do ‘people-centred’ and ‘action-oriented’ research on social and health inequalities. By people-centred research, we mean working with and for people who are directly affected by the issues being investigated. By actionoriented, we mean research that is embedded in contexts where the knowledge outputs can be acted upon for positive change.

At the seminar, we will also launch the Centre for Global Development at the University of Aberdeen, a centre of excellence committed to equity, social justice and sustainable futures.

An individual’s likelihood of having their birth and death officially registered still varies enormously around the world.

What does this imply for health planning and policy making – to say nothing of that individual’s health?

Peter has worked in Global Health for 30 years, particularly around Africa. He likes to measure health in meaningful ways and expose some of the massive global inequities in health and disease.

Recent estimates suggest that two-thirds of the world’s deaths pass unrecorded. This situation seriously limits the ability of health systems to respond to the needs of vulnerable and excluded populations.

In settings where health systems are fragile and under-resourced, where new burdens of disease are rapidly emerging, and where large and diverse populations are excluded from access to health care, innovative approaches that connect the registration of vital events to health care systems in a people-centred approach are needed.

The talk reports on a recent project that employs a bott om up philosophy connecting with population data at source.

Lucia is a social scientist working in Global Health for over 15 years. She is interested in health inequalities and the role of research to foster empowerment, inclusion and partnerships.

What do ‘the people’ want? Democracy in EU Policy and MENA perceptions after the Arab uprisings

The reaction of the Western media, governments and international organisations to the Upbringings in the Arab World in 2010/11 was to see them as an expression of popular demand for liberal democracy.

However, analysis of the Arab Transformations Public Opinion Survey suggests that people were motivated by much more than demands for political rights and that what they want are the social and economic rights without which it is not possible, in any case, to enjoy the benefits of political rights.

What people want is to live in a decent society that enables them to lead productive and fulfilling lives.

Presentation: What do 'the people' want? Arab voices in a troubled world (pdf).

Andrea’s primary area of research is the politics of democracy-promotion in the Middle East, specifically the relationship between how knowledge is produced, translated into policy, applied, and how resulting political dynamics affect knowledge production in turn. He has particular interests in labour movements and civil society groups in the Middle East, political parties and elections.

Andrea also looks at the authoritarian practices of the Egyptian regime, in particular the range of techniques being used to empty democratic commitments of any substance.

Hosted by: University of Aberdeen