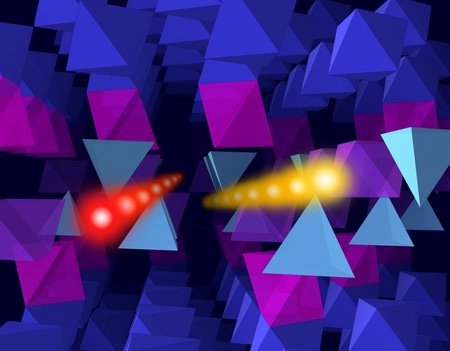 Researchers (A. Mclaghlin, J. Skakle, E. Wildman) from the University of Aberdeen have discovered a new family of chemical compounds that could revolutionise fuel cell technology and help reduce global carbon emissions.

Ceramic fuel cells are highly efficient devices that convert chemical energy into electrical energy and have very low-emissions if hydrogen is the fuel, providing a clean alternative to fossil fuels.

Another advantage of ceramic fuel cells is that they can also use hydrocarbon fuels such as methane as well as hydrogen, meaning they can act as a ‘bridging’ technology which is an important asset in terms of the move away from hydrocarbons towards cleaner energy sources.

She explained: “Ceramic fuel cells are highly efficient, but the problem is they operate at really high temperatures, above 800 °C.  Because of that they have a short lifespan and use expensive components.”