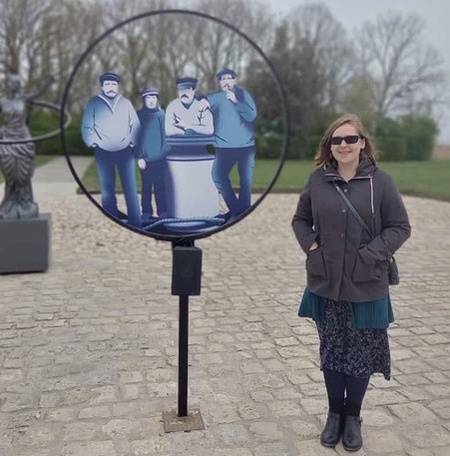 One of the hallmarks of the sea shanty compared to the sea song is the fact that any song could be adapted by sailors for use in a work setting and shanties were in fact very rarely composed with their functional purpose in mind. As such, early song collectors were often surprised by the amount of popular music that found its way into shanty repertoire during the nineteenth century, with some collectors even imposing a hierarchy within their collections that saw shanties based on popular tunes of the day and those with obvious minstrel show or music hall origins relegated as side notes or even dismissed altogether. In spite of the disdain that certain collectors displayed towards those shanties from popular music origins, many of the shanties that have demonstrated enduring popularity and are still sung today are songs taken from minstrel shows, music hall performances and catchy ditties that formed part of the broader musical soundscape that was the port city. This paper explores how popular music of the nineteenth century made its way into shanty repertoire, how these songs were then adapted to fit the shipboard setting, why particular shanties with popular music origins were incorporated into standard shanty repertoire and the subsequent reaction of collectors seeking to preserve an “authentic” shanty tradition.

Mollie is a second-year PhD student at the University of Aberdeen where she is currently undertaking research into the life and legacy of ‘the last shantyman’, Stan Hugill. Mollie’s doctoral thesis is a collaborative project between the Music department and the Elphinstone Institute, combining ethnographic fieldwork, oral history and archival study. Mollie’s wider interest in maritime history has led to her taking on advisory roles at maritime music events and festivals, as well as being commissioned to create audio guides for classic works of nautical literature, including the behemoth that is Herman Melville’s Moby Dick. Mollie is an editor on the Granite postgraduate journal at the University of Aberdeen and is currently undertaking a research internship on ethics in practice research entitled ‘A Scoping Project – Ethical Engagements in Creative Practice Research and Teaching’, as well as a research internship with Aberdeen City Council that looks at chattel slavery in relation to specific locations in Aberdeenshire. Alongside her studies, Mollie also works as a performer of maritime music, composer and transcriber, recently publishing a book of sea shanties for the penny whistle.

In 2023, we are said to live in a post-sacred or secular age, where Christianity is a minority religion in Britain. We do see, however, a great myriad of modern composers writing music for the church, with the creation and sharing of these compositions made possible by technology. It could be that there are more church music composers writing music today than at any other point in history, or that the pieces are more efficiently shared. Either way, it is interesting that fundamentally the services haven’t changed, and whilst there will always be new texts both from the established churches, composers and authors, the vast majority of the canon of texts available remains the same. What it is that draws people to write new music for old services?

This question is a precursor for discussing my own music and theological background and influences, establishing why I write liturgical music in a secular age. In this framework, I will present extracts from two recent compositions in my PhD portfolio, as well as discussing my compositional technique. The piece is a complete setting of music for the office of Compline, and the second piece is a setting of the Funeral Sentences. The Funeral Sentences are taken from the Book of Common Prayer 1662, and form the opening of the service for the Burial of the Dead. These have been famously set by a number of composers, including Croft and Purcell. The Office of Compline is an ancient monastic office, originally sung in Latin as the last service of the day before the monks or nuns retired, and consists of a variety of different liturgical texts. There are numerous settings of the individual musical components, and I discuss my approach to composing a complete setting from the opening responses to the closing prayers.

Paul Hayward read music at the University of Wales, Bangor before undertaking postgraduate study in choral composition at the University of Aberdeen with Professor Paul Mealor, resulting in the award of a Master of Music degree in composition by research. He is currently a part-time PhD composition student, having been awarded a Carlaw-Ogston scholarship. Paul’s qualifications also include diplomas in conducting, composing and organ performance, as well as the rarely-awarded Fellowship of the Guild of Church Musicians by examination. Paul’s career for many years was in the field of church and cathedral music, holding cathedral organ and choral scholarships, and two assistant cathedral organist positions before concentrating on conducting and composing. He now directs four choirs in the Midlands, alongside running choral days and other events. His compositions are mainly sacred in nature, written to be functional pieces in the church’s liturgy, heavily influenced by plainsong and Gregorian Chant, alongside both ancient and contemporary composers.