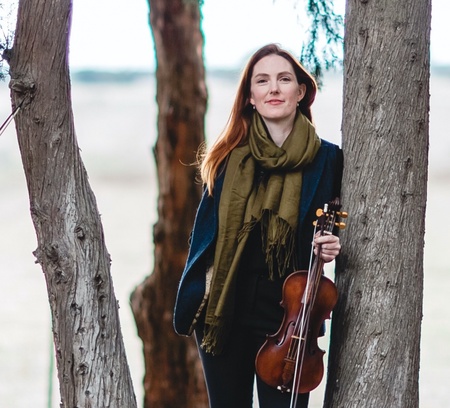 This paper explores the historically informed performance (HIP) practice of Scottish-Australian music manuscripts from the nineteenth and early twentieth centuries. Three contrasting music collections for violin created by a Scottish convict, (Alexander ‘Sandy’ Laing, 1792-1868), and two Scottish immigrants to Australia, (James Findlay, 1821-1905 and Robert ‘Ballantyne’ Baillie, 1886-1954), are analysed on the page and through performance.

The goal of the research is to understand the aesthetic principles and techniques used by performers of Scottish-Australian music during this period as a means of enriching Australia’s HIP culture and repertoire, as well as an appreciation of Scottish-Australian musical heritage. The performance practice of the manuscripts is ‘historically informed’ using primary sources such as eighteenth-, nineteenth- and twentieth-century violin and music tutors, historical texts, annotations and recordings. Issues surrounding the identification of  personal or regional styles and an engagement with the aurally-transmitted characteristics of the Scottish folk music tradition are discussed in an Australian context.

Five album-length recordings on period instruments serve to capture the practice-based research and illustrate how it can contribute to future performance culture in this area.[1] The paper also touches on topics from several recent papers and publications including, “Laing, Findlay and Baillie: Identifying ‘Scottishness’ in the music collections of three Scottish Australian violinists”,[2] Scottish music on Sydney stages from 1900-1940,[3] and the creation of multimedia experiences of historical Australian music.[4]

Shane Lestideau is an Australian violinist with a passion for historical music and instruments. Renowned for her talents as a baroque and classical violinist, she is also in demand as an artistic director, teacher and music researcher. Shane is passionate about Australian music, writing and commissioning new works from local composers as well as playing from 18thC and 19thC Australian music collections.

After studying modern violin at the Sydney Conservatorium of Music, Shane specialised in baroque violin at the Conservatoire de Boulogne-Billancourt, France, and University of Melbourne. Shane’s performing career has taken her across Europe and Australia where she works regularly with the Australian Brandenburg Orchestra, Evergreen Ensemble, Melbourne Baroque Orchestra, Adelaide Baroque and St Johns Bach Orchestra. She has performed for, directed and produced two albums of Scottish-Australian repertoire for ABC Classics in 2019 and is preparing to release three albums in 2023, one of which is for the ABC. Currently a tutor in Music History and Baroque Ensemble studies at the University of Melbourne, Shane is also undertaking PhD studies on historical Scottish-Australian music and is visiting Scotland after being awarded the 2022 Macgeorge Travelling scholarship.