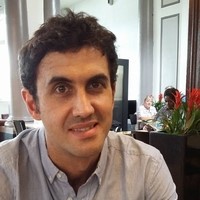 From Cairo (1932) to Fez (1939): Western Listening Epistemologies and the Emergence of an 'Arab' Ear

This paper revisits two events that have been celebrated as key turning points in the study and promotion of “Arab” and “Andalusi” music, namely, the Cairo Congress of Arab Music (1932), and the Fez Conference of Moroccan Music (1939). Departing from studies that emphasise these conferences’ contributions towards transcribing and recording these repertoires, and defining the “Arab” scale, my work is indebted to scholars who have regard the Cairo conference as an intermedial space of encounter, in which delegates from the Arab world and Europe exchanged views on the history, performance, methods of study, and notions of authenticity in Arab and Andalusi music (Racy, El-Shawan Castelo-Branco). These encounters, it has been argued, were critical in helping to negotiate the tensions arising from Europe’s colonisation of North Africa.

Studies on conflicting views on Arab and Andalusi music have focused mainly on the convergence and divergence of criteria regarding the choice of musical instruments, the composition of the scale, the shape of the melodies, and the use of ornaments in performance (Glasser, Pasler, Racy). In this paper I want to focus instead on the different conceptions of the ear arising from these encounters. Finding inspiration in studies on sound and colonialism (Denning), sound and race (Stoever; Eidsheim), and sound and Islam (Harris; Eisenberg), my paper analyses the ways in which differing ideations of the sonority of Arab and Andalusi music were the product of listening dispositions that were largely shaped by the struggles of colonialism, and that found expression in scholarship through the use of rhetorical tropes and strategies borrowed to a significant extent from the discursive repositories of Orientalism. More particularly, I wish to explore the extent to which the rise of nationalist and anti-colonial movements in Egypt and the Maghreb during the 1930s gave rise to a self-conscious and autonomous “Arab” ear that engaged with, overlapped and conflicted with listening epistemologies as revealed in western scholarship.

Samuel Llano is senior lecturer in Spanish Cultural Studies at the University of Manchester. His work explores Spain’s sonic conversations with the musical cultures of the western Mediterranean, with an emphasis on urban experience and transnational exchange. His books include Whose Spain?: Negotiating ‘Spanish Music’ in Paris, 1908-1929 (2012); and Discordant Notes: Marginality and Social Control in Madrid, 1850-1930 (2018). He has co-edited “Spanish Sound Studies”, a special issue of the Journal of Spanish Cultural Studies (2019). His current project focuses on colonial Morocco as the site of conflicting experiences of race and sound arising from the musical encounters between Spain, France and the cultures of the Maghreb. He is currently writing a book based on this project, titled The Empire of the Ear: Music, Race, and the Sonic Architecture of Colonial Morocco.