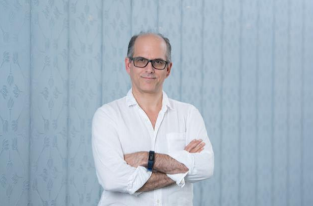 Join a public keynote with Professor Jonathan Shannon exploring "The Musical Afterlives of al-Andalus: Identities and Encounters beyond History" as part of a European Research Council-funded project "Past and Present Musical Encounters across the Strait of Gibraltar".

The Andalusi musical and poetic legacies continue to exercise our imaginations even into the 21st century. The Andalusi legacies and heritages reverberate across time and place and continue to inspire not only scholarship but also cultural productions around the world in a wide range of mediums: in music and poetry, of course, but also in theater, painting, architecture, cuisine, and other forms of popular culture. What can we learn not only about but from the story of al-Andalus as a “first-rate place” and “culture of tolerance” (Menocal), and as a global project in the face of intolerances – Islamophobia, what Fuchs calls “Maurophobia,” amidst rising populist politics? What lessons can we learn from reinventions of the Andalusi legacies, both historical and contemporary?

The speaker of this event, Professor Jonathan Shannon, draws on scholars of the Andalusi literary and musical legacies – including the distinguished participants at this very conference – in this talk he explores what might be called “the staying power” of the Andalusi tropos in contemporary academic and popular discourses. He explores the powerful afterlives (Civantos) and futures past of the Andalusi legacy, focusing on three contexts: the Mediterranean, the Levant, and the Gulf.

Describing this talk, Shannon says: "I have previously argued that al-Andalus remains popular because it is “good to think” (Levi-Strauss) and thus the rhetoric of al-Andalus remains relevant for wide audiences around the Arab world, the Mediterranean, and beyond. Yet, while ideas of a shared heritage are compelling, to what extent are they also misleading, possibly dangerous? What might be an Andalusi term for whitewashing history? I review recent works that compel us to move beyond the discourses of tolerance and influence toward a more nuanced (and politically engaged) understanding of the role of these legacies in the cultural politics of the current moment."

Jonathan Shannon is Professor of Anthropology at Hunter College and Graduate Centre of The City University of New York. This project, ‘Past and Present Musical Encounters across the Strait of Gibraltar’ is based at the Department of Music at the University of Aberdeen and is hosted by lecturer in music, Dr Matthew Machin-Autenrieth.

This event is free and will be held online on Zoom. Registration is required.