Music Studies and the Anthropocene
17 May 2022 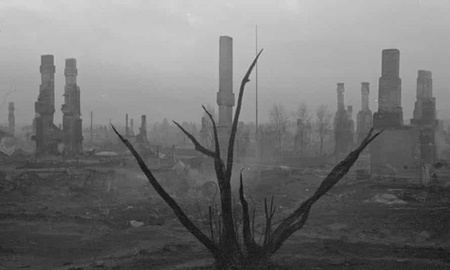 Lecturer in music, Jo Hicks, takes part in conference that brings musical and sonic resources and archives to bear on the history and politics of environmental justice.

The term "Anthropocene" is intended to capture the long-lasting, substantial, global changes to the environment wrought by human agency. This term has received little attention in music studies so far. This relative neglect may be unsurprising, given the epistemological distances that separate areas of geological and musicological inquiry. And yet, the Anthropocene can also alter the ways in which we think about music’s relation to (more commonly studied categories of) nature, landscape, ecology and climate change.

A discussion-based symposium hosted by the University of California, Berkeley -- Music Studies and the Anthropocene: Ruptures and Convergences -- hopes to establish a set of positions for music scholars that take seriously the demands the Anthropocene places on humanistic scholarship. Jo's contribution to the symposium is a draft essay entitled "Fairies and Chimneys; or, How Santa Got Stuck."

For more details about the conference, see https://musicstudiesanthro.wixsite.com/website/cfp-ruptures-and-convergences