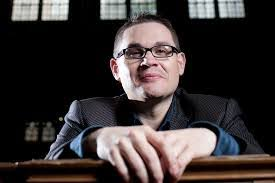 The choral music of Professor Paul Mealor will feature later this month in a string of concerts, talks and masterclasses in the New Zealand City of Auckland.

Mealor will discuss his music, his faith and work with young Auckland composers throughout his residency. Performances of much of his music will take place including his Ubi caritas composed for the Royal Wedding of Their Royal Highnesses The Duke and Duchess of Cambridge, and will culminate in the New Zealand Premiere of his, ‘Symphony No 1: Passiontide’ with the Auckland Youth Choir and the Wallace Chamber Orchestra with soloists Carla Camilleri and Tavis Gravatt, conducted by Lachlan Craig at Auckland’s Holy Trinity Cathedral. Professor Mealor will also be giving media and radio interviews throughout his tour.