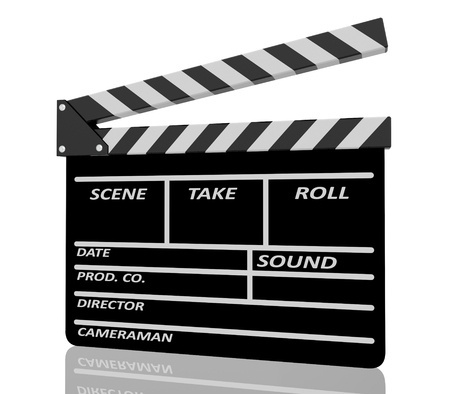 From home grown talent to the director of one of the most popular rom coms of the 1990s, the University of Aberdeen May Festival will celebrate the big screen.

The festival, which runs from Friday, May 29 to Sunday May 31, will welcome Notting Hill director Roger Michell who will share his experiences of directing Hollywood stars such as Julia Roberts and Hugh Grant.

The Director’s Cut event will take place on Sunday (May 31) in King’s College Conference Centre from 3-4.30pm and will be hosted by Professor Alan Marcus. As well as hearing what it is like to work in the film industry, members of the audience will also be able to put their own questions to Roger.

The festival will also celebrate the work of its own students in the King’s College Shorts event on Sunday from 12.30-1.30pm.

A selection of innovative short films produced by the University’s film students will be shown in the Regent Lecture Theatre, showcasing the talent and creativity on offer here at Aberdeen, including a film which was just shown at the Cannes Film Festival. The students will also be on hand to answer any questions viewers of their films have.

I am delighted with the calibre of speakers we are welcoming to the May Festival to feature in our popular film strand, including the extraordinarily talented director, Roger Michell. Professor Alan Marcus

May Festival will also host a special screening of Utopia and its producer Chris Robb and director Hassan Nazer will provide an insight into what it was like to work behind the scenes on the film. The film tells the story of Janan, a woman from Afghanistan who travels to the UK for artificial insemination. Although mainly filmed on location in India and Afghanistan, some scenes were shot in Aberdeen and on the University’s Foresterhill Campus.

Professor Alan Marcus said: “I am delighted with the calibre of speakers we are welcoming to the May Festival to feature in our popular film strand, including the extraordinarily talented director, Roger Michell.

“This year sees an impressive line up of filmmakers and I am sure our festival goers will be thoroughly entertained at all of these events.  Having one of our graduate’s films screened at the Cannes Film Festival is a huge coup, and we are delighted that Nic Thompson will be on hand to answer questions from the audience.”

The University of Aberdeen May Festival runs from Friday, May 29 to Sunday, May 31. Tickets for all events can be booked by visiting the  May Festival website or through the Aberdeen Box Office on 01224 641122.