Continue
19 May 2015
Word brings celebrated authors, poets and performers to the May Festival 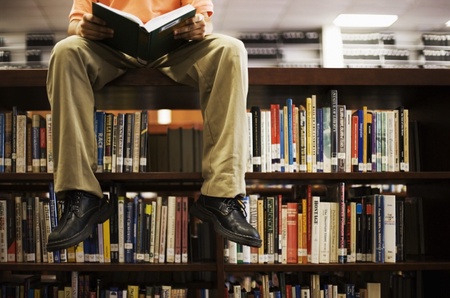 Award-winning authors Michel Faber and David Mitchell will appear in Aberdeen as part of the May Festival.

In terms of sheer quality and variety, this festival-within-a-festival is outstanding, with a line-up that would be the envy of many a larger festival. Come and join us for a truly great programme. Professor Alan Spence

The pair are just two of the highlights of a packed Word strand at the Festival, which will celebrate the written word in all its forms. This year the Word strand is supported by Creative Scotland.

Faber, whose novels include The Crimson Petal and the White, which was dramatised for television, and Mitchell who penned the acclaimed Cloud Atlas which was adapted for film starring Tom Hanks and Halle Berry will both appear on Saturday May 30.

The May Festival, organised by the University of Aberdeen, runs from Friday May 29 to Sunday May 30 and grew out of the popular Word Festival which maintains a strong presence. For 2015 its fringe programme has been extended and two special editions of Café Culture at Aberdeen Music Hall will see James Kelman, a Booker Prize winner and one of the most inﬂuential Scottish writers of his generation speak on Saturday May 23 from 1-2pm. In the evening there will be a Laureates event with Carol Ann Duffy, the UK's Poet Laureate, Liz Lochhead Scotland’s Makar or Poet Laureate, and Gillian Clarke the National Poet of Wales.

Other literary highlights of the main Festival, held in the historic King’s campus, include a tribute to one of Scotland’s best-loved novelists, Iain Banks, who died in 2013. The session, on Friday May 29, will see his friend and fellow novelist Ken Macleod read from newly-published poetry which showcases another aspect of his extraordinary talent.

On Friday, Word festival-goers can also attend a celebration of W.B Yeats exploring the influence Scotland had on the Irishman’s mature poetry, events with respected poet and critic David Wheatley who teaches Literature and Creative Writing at Aberdeen, and poetry and song with multi-award-winning actor and director, singer, poet and playwright Gerda Stevenson.

Saturday will see celebrated writers from the University of Aberdeen including Alan Spence, Wayne Price and Helen Lynch take to the stage in the Word Marquee which will also showcase new writing talent with the launch of a compilation book featuring the winning entries from the Write Aberdeen, Write Regensberg competition.

Sunday will include leading Scottish literary talent with Kathleen Jamie an award-winning poet, essayist and travel write, and the ever popular writer and story-teller Shena Blackhall.

An international flavour will be provided by award-winning Chinese novelist and filmmaker, Xiaolu Guo who was named one of Granta’s Best of Young British Novelists, and Wioletta Grzegorzewska who will bringthe best of contemporary Polish writing to Aberdeen.

Professor Alan Spence, Director of Word, said: “In terms of sheer quality and variety, this festival-within-a-festival is outstanding, with a line-up that would be the envy of many a larger festival. Come and join us for a truly great programme.”