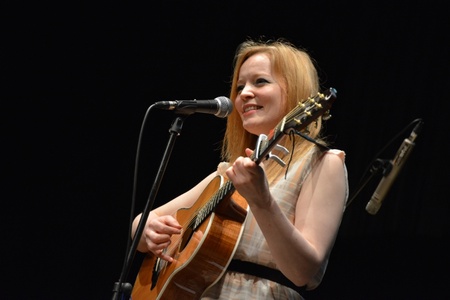 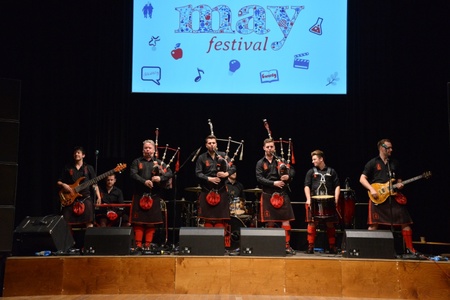 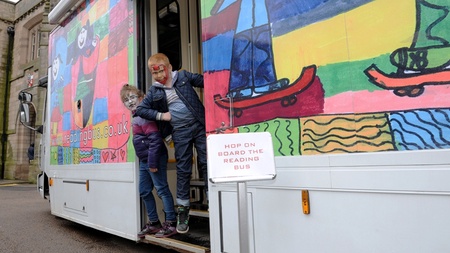 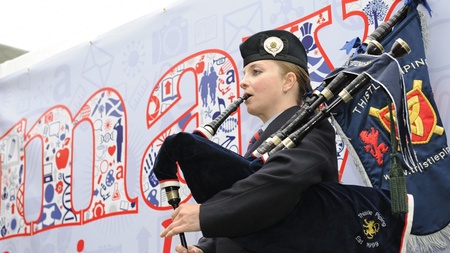 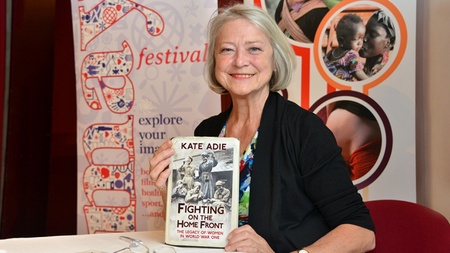 Organisers of the University of Aberdeen's May festival have hailed the weekend a resounding success as thousands of people braved the rain to attend a wide variety of events.

Over the course of the weekend, the University welcomed thousands of visitors to its Old Aberdeen campus as people from across the city, shire and beyond snapped up tickets in their droves to see the likes of Charlatan’s front man Tim Burgess, trailblazing journalist Kate Adie and Great British Bake Off star, James Morton.

Festival audiences were also treated to one of the first public readings of bestselling author Tony Parsons’ latest novel The Murder Bag. As well as reading from the book, members of the public were entertained as the former journalist discussed his career and the reason behind his decision to venture into the crime genre.

Crowds also packed out venues across campus for events such as the Cruickshank Campfire Party, The Dunedin Consort and Stovies Reloaded.

On Saturday Elphinstone Hall was home to a Produce Market, with a number of local companies including Cocoa Ooze, Pulsetta and JG Ross giving out samples of their products.

On Sunday, the same venue held the popular Hack ‘n’ Make Faire, which featured underwater robots, a 3D printer and visitors also had the opportunity to make their own jewellery.

We have had an absolutely fantastic weekend on campus and hope that everyone that came along enjoyed all the events that were on offer. Jill Burnett

Stilt walkers, life size puppets and unicyclists added to the festival flavour on campus, and even the occasional rain shower couldn’t dampen spirits.

The Homecoming Festival Finale event was a fitting end to the weekend with The Red Hot Chilli Pipers bringing the festival to a close. Attendees were also treated to a performance from multi-instrumentalist singer and songwriter, Anna MacDonald,  Marcas Mac an Tuairneir reading his own works Deò and Guirmean. There was also the opportunity to take part in some whisky tasting.

Festival organiser, Jill Burnett said: “We have had an absolutely fantastic weekend on campus and hope that everyone that came along enjoyed all the events that were on offer.

“We receive fantastic support from our sponsors Saudi Aramco, Marathon Oil and Talisman and it is due to this that we are able to organise so many free and low cost events.

“The May Festival prides itself on the diversity of its programme, and the aim of the weekend is to ensure that every member of the family - from toddlers to Great Grandparents - can come along and find something to enjoy.”