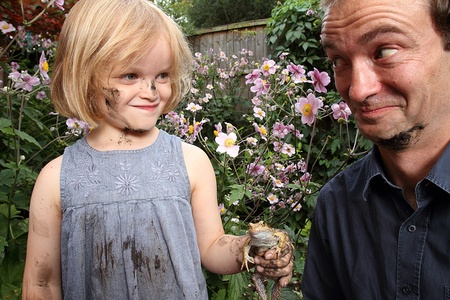 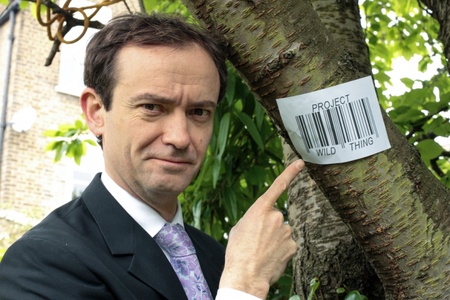 Festival goers with a love of the outdoors can enjoy a range of environmental themed events at the May Festival this week (Friday, May 9 to Sunday, May 11).

A new theme for the festival this year, Environment, will encompass a variety of events from tours around the Cruickshank Botanic Gardens to a screening of Project Wild Thing – a hilarious, real life story of one man’s determination to get children out and into the great outdoors.

Filmmaker and self-appointed ‘Marketing Director of Nature’, David Bond hosts the Project Wild Thing event.  A screening of his documentary Project Wild Thing will be followed by a discussion, at which members of the audience will be able to put their questions to David.

David’s inspiration for the documentary came when he noticed that his two young children were stuck indoors staring at screens.  He observed that children today spend a record amount of time in front of the television or with an ipad gripped firmly in their hands. David joined forces with branding and outdoor experts to develop a nationwide marketing campaign to get British kids outside.

At the event I'll be setting the audience some wild challenges, and offering a prize to the child with the wildest story. David Bond

David said: “I’m really excited about screening the film in Aberdeen – people often say this is a problem that’s limited to the cities but from my experience, children across Britain, whether they live in remote areas or in concrete jungles, are all stuck inside far too much.

“All the science shows that getting outdoors is hugely beneficial to children and young people. It improves their health, reduces stress and boosts wellbeing. Just the view of greenery from an exam hall window helps students achieve better grades.  But children choose to do it less and less.  I wanted to find out why, and do something about it.

“My daughter misses nature. She’s not alone; millions of children are increasingly disconnected from the natural world. Children today spend half the time playing outdoors that their parents did. A third more children can identify a Dalek than can spot a magpie. You might think that living in a city like Aberdeen with fantastic access to wild places, that this should not be a problem. This is a nationwide problem with nationwide consequences.

“At the event I’ll be setting the audience some wild challenges, and offering a prize to the child with the wildest story. We’ll discuss the barriers between children and nature – and what we can all do to break them down.”

The May Festival runs from Friday, May 9 to Sunday, May 11.

David Bond: Project Wild Thing will take place on Saturday, May 10 from 1.30pm – 3.30pm at the University of Aberdeen’s Zoology Building.

For more information and to buy tickets, please visit www.abdn.ac.uk/mayfestival