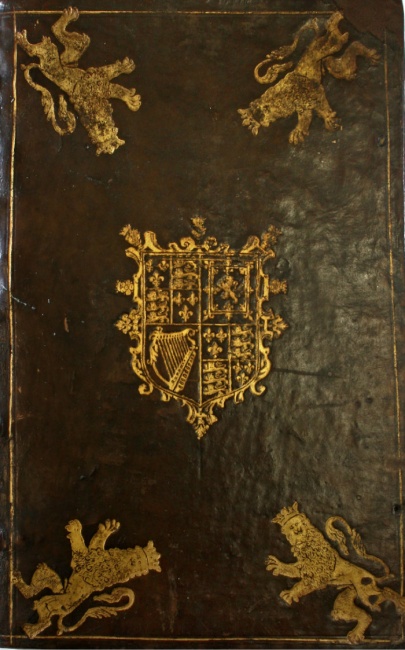 As part of its bookbindings exhibition, Cover Stories, the Special Collections Centre at the University of Aberdeen is hosting a series of five talks that focus on some of the individuals behind the bindings - those who owned the books, commissioned or designed their covers.

The exhibition includes a volume of 'A History of Bohemia' that was bound in calf skin and gold stamped with the Royal crest and four lions rampant. It was part of an extravagant commission in 1610 for Henry Stuart.

The final talk in the series will focus on Henry Frederick Stuart, eldest son of James VI of Scotland, who was famed during his lifetime as the "flower of princes." After his father's succession to the English throne, the hopes of both realms rested on his shoulders. Dr Andrew Gordon explores the life of this lost prince, the expectations of his future, and the huge outpouring of grief at his untimely death.

His research falls into two main areas, the literature and culture of early modern London, and practices of letter-writing and textual transmission. He is the author of Writing Early Modern London: Memory, Text and Community (Palgrave, 2013) as well as various collections including Cultures of Correspondence in Early Modern Britain (U Penn, 2016) and Women and Epistolary Agency in Early Modern Culture, 1450-1690 (Routledge, 2016), (co-ed w. J. Daybell), and The Arts of Remembrance in Early Modern England (Ashgate, 2013) (co-ed w. T. Rist).

All talks are FREE and take place in the Special Collections Seminar Room on the Lower Ground Floor of The Sir Duncan Rice Library.