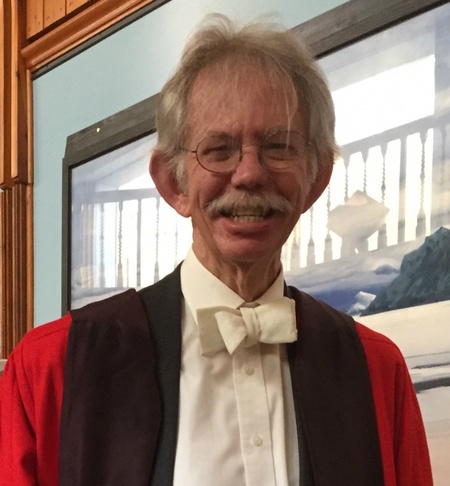 Tributes have been paid to a former Head of the School of Law at the University of Aberdeen, who died suddenly on Sunday at the age of 74.

Professor David Carey Miller was widely recognised as one of Scotland’s leading experts in property law and published numerous articles and several books on the subject.

He first arrived in Aberdeen from his native South Africa in 1971 and his 45 years’ service to the University culminated in his role as Emeritus Professor of Property Law.

He was Head of the Law School from 2005-06, during which time he was elected a Fellow to the Royal Society of Edinburgh in recognition of his scholarly achievements. From 2006-09 he was Visiting Senior Research Fellow at the Institute of Advanced Legal Studies, before being made Emeritus Professor.

For a number of years he was also Director of the Baltimore/Maryland Summer School in Comparative Law, an annual comparative law programme hosted by the School of Law since 1986.

Paying tribute to his achievements, the current Head of the University of Aberdeen’s School of Law, Anne-Michelle Slater, said:

“David was an internationally renowned expert in property law and published many articles and books, including South African and Scottish property law textbooks as well as the definitive monograph on the Scots Law of Corporeal Moveables.

“His service to the University of Aberdeen spanned over four decades, during which time he passed on his wisdom to successive generations of law students, all of whom benefited from his renowned expertise.

“His influence and reach in terms of research and scholarship is unparalleled, but as well as being a distinguished scholar David was also a great friend, colleague and mentor. It was with great sadness that we learned of his sudden death, and he will be dearly missed by all who knew him.”