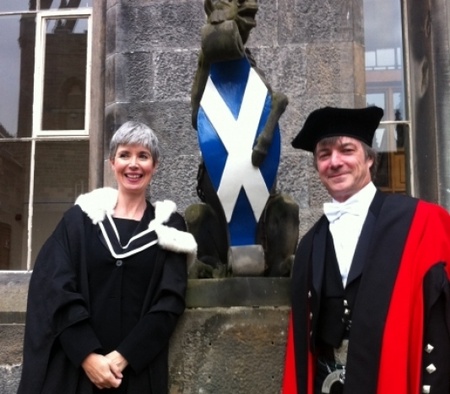 The University of Aberdeen has announced the translation of Roderick Paisley, Professor of Commercial Property Law, to the vacant Chair of Scots Law.

Professor Paisley gave an inaugural lecture on 'Worthiness in the Law of Succession' on 13th September 2013 to mark his appointment of Chair of Scots Law at the University of Aberdeen. Colleagues; members of the legal profession; local school pupils; family and friends gathered to celebrate this traditional event at the King’s College Conference Centre Auditorium, followed by a reception in the James MacKay Hall.