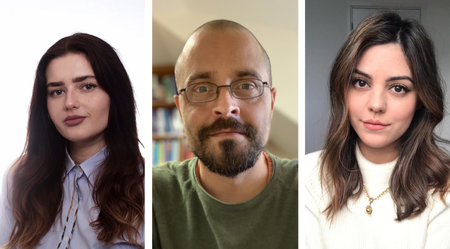 The European Parliament’s Policy Department for Citizens’ Rights and Constitutional Affairs has published a study concerning ‘The Use of SLAPPs to Silence Journalists, NGOs and Civil Society’. The study was authored by Dr Justin Borg-Barthet with two postgraduate researchers, Benedetta Lobina and Magdalena Zabrocka. Dr Borg-Barthet presented the research findings and fielded questions from MEPs at a hearing of the JURI and LIBE committees on Tuesday 15 June 2021. A recording of the hearing is available here.

The study analyses legal definitions of Strategic Lawsuits Against Public Participation (SLAPP) and assesses the compatibility of anti-SLAPP legislation with EU law. It is argued that there is a need for significant legislative intervention in the European Union with a view to stemming the flow of litigation which is intended to suppress public participation in matters of public interest. This legislation would require the careful articulation of definitions and methods of analysis for courts to determine that a case falls to be qualified as a SLAPP.

It is argued in the study that this would require a distinctive approach which draws on good practice from jurisdictions outwith the European Union, but which recognises nevertheless the distinctive characteristics of the EU legal order and the legal traditions of its Member States.

Furthermore, legislative intervention must be formulated in a manner which empowers national courts to attain the intended outcome of expeditious dismissal of cases without harming potential claimants’ legitimate rights to access courts. It is found in the study that anti-SLAPP legislation affords the claimant the opportunity to present legitimate claims to the court and therefore satisfies the requirements of Article 6 of the ECHR. Far from stultifying access to courts for the parties, anti-SLAPP legislation would dissuade the misuse of civil procedure in a manner which prevents respondents from articulating a defence in accordance with EU and international human rights instruments.

It is submitted, therefore, that the relationship between the rights of pursuers and defendants in defamation cases should be revisited to remedy existing imbalance.  This should include provision for the early dismissal of cases, as well as deterrent measures which would dissuade abuse of process.

In addition to the adoption of an anti-SLAPP Directive, it is recommended that the Brussels Ia Regulation be recast with a view to adopting a bespoke rule concerning defamation claims and thereby to distinguish jurisdiction in defamation cases from ordinary torts. To this end, it is recommended that jurisdiction should be grounded in the forum of the defendant’s domicile unless the parties agree otherwise. This would enable public interest speakers to foresee where they will be expected to defend themselves, and would be in keeping with the core values of the Brussels Ia Regulation, namely predictability and the limitation of forum shopping.

Greater predictability as to the outcomes of choice of law processes is also needed in order to dissuade meritless litigation intended to suppress public participation. Accordingly, it is recommended that a new rule be included in the Rome II Regulation which would harmonise national choice of law rules in defamation cases. It is recommended that this rule should focus on the closest connection with the publication and its audience, namely the law of the place to which the publication is directed.

This is an especially pressing concern in the context of a Union which is currently facing unprecedented challenges to the rule of law and democracy. Reforms which recognise the central role of journalists, NGOs and civil society in safeguarding the rule of law would constitute a meaningful contribution to the advancement of democratic values where so much else has failed.