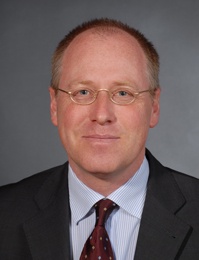 This month the School of Law was delighted to welcome Judge Claus Kress. Professor Kress delivered a presentation called: "The Fine Line between Collective Self-Defense and Intervention by Invitation" to students as part of the School's Research Seminar Series.

At the seminar, delivered on Friday 7 February, Judge Kress discussed the use of force against ‘IS’ in Syria and how it has refined the line between the right of collective self-defence in reaction to a non-State armed attack and the legal title to military intervention by invitation of the territorial State.

Claus Kress is a Professor of International Law and Criminal Law. He holds the Chair for German and International Criminal Law and he is the Director of the Institute of International Peace and Security Law at the University of Cologne. His prior practice was in the German Federal Ministry of Justice on matters of criminal law and international law. In addition to his scholarly work, comprising more than 150 publications on the law on the use of force, the law of armed conflicts and international criminal law, he has been a member of Germany’s delegations in the negotiations regarding the International Criminal Court since 1998. He is a Life Member of Clare Hall College at the University of Cambridge, a Member of the Academy of Sciences and Arts of Northrhine-Westfalia, and the recipient of the 2014 M.C. Bassiouni Justice Award as well as of honorary doctorates from the State University Tbilisi and the University of Huánuco. He was a Guest Professor at Columbia Law School and Melbourne Law School.