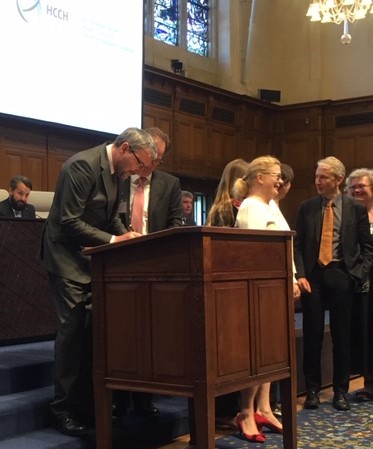 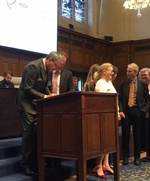 This week, a treaty relating to the international recognition and enforcement of domestic court rulings was concluded. Professor Paul Beaumont from the School of Law was heavily involved with this process.

On 2 July 2019, members of The Hague Conference on Private International Law (HCCH) at the 22nd Diplomatic Session signed an important instrument on recognition and enforcement of judgments in civil and commercial matters.

Professor Paul Beaumont from the University of Aberdeen Law School has worked on the Judgments Project at the HCCH since 1996. Initially he represented the UK but for the last six years he has been representing the European Union.

Two complementary treaties have been concluded from this work: The Hague Choice of Court Agreements Convention 2005 (in force for the EU including the UK - which will remain the case after Brexit) and the new Convention on the Recognition and Enforcement of Foreign Judgments in Civil or Commercial Matters.

Professor Beaumont said: “Uruguay signed the new Convention on 2 July. It is hoped the EU will sign it soon and, if and when the UK leaves the EU, hopefully the UK will sign it and in due course all three will become bound by the Convention through ratification, acceptance or approval. The aspiration is that global trade and access to justice will be enhanced through the widespread adoption of both Conventions all over the world.

“It has been a privilege serving on the Drafting Committee and chairing various working groups for both conventions.”