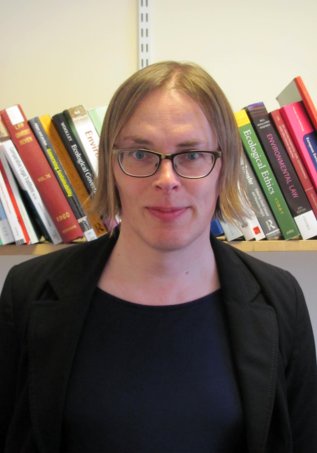 Dr Olivia Woolley recently presented a paper on: 'Ecological Contradictions of the International Climate Change Treaties’ at the 13th International Conference Society for the Intercommunication of New Ideas. The conference was held over 2 days from the 30th of August until the 31st of August at the University of Wroclaw in Poland.

Dr Woolley’s paper concerns legal provision made for preserving ecosystem functionality in the face of climate change under the treaties (including the Paris Agreement), and argues that this remains inadequate for achieving aims of climate action such as enabling sustainable development and maintaining food supplies, despite the increasing profile of maintaining and bolstering ecosystem resilience, under the climate change regime as a component of international efforts on adaptation to global warming. The abstract is included below:

The article looks critically at provision for preserving ecosystem functionality in the face of global warming under the international climate change treaties. It finds that they lack key components, most notably a headline goal guiding parties to preserve ecosystems and associated mechanisms for reducing anthropogenic pressures on them, which analysis of climate change as an ecological problem suggests that instruments seeking to combat this would need to possess.  As a result, parties’ efforts to conserve and enhance carbon sink functions and to adapt to climate change are likely to be undermined by the lack both of an ecological context for climate change mitigation and of requirements to reduce anthropogenic interference with and disturbance of ecosystems in other respects. Conclusions drawn from the analysis are used to propose a legal research agenda for exploration of how the international climate change regime’s effectiveness for preventing ecologically harmful climate change could be enhanced, particularly by further development of the legal regime for climate change adaptation as it is conceptualised under the Paris Agreement.

You can read more about the conference here.