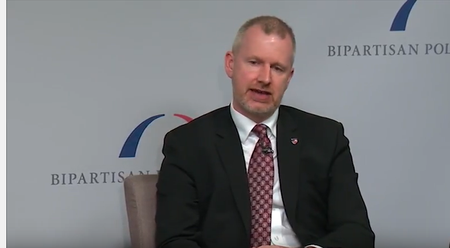 With one year to go until Brexit hear what Law School Prof John Paterson had to say about this and more at The West in 2020 debate at the Bipartisan Policy Center in Washington in November 2017.

As Brexit gets ever closer for the UK, Professor John Paterson's observations are as pertinent as ever.  Watch his contribution to 'The West 2020' debate hosted by Aberdeen alumnus Stephen Collinson of CNN which took place in Washington DC last year.