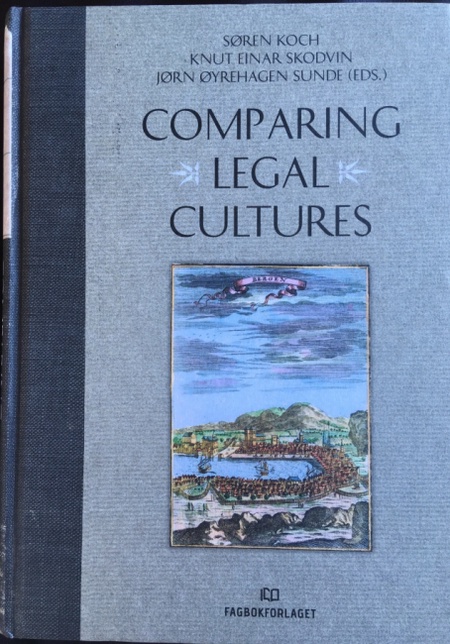 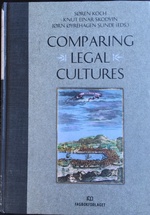 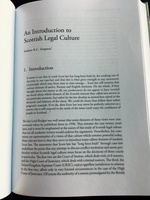 I was very pleased to be able to contribute to the recently-published Comparing Legal Cultures (Bergen: Fagbokforlaget, 2017), edited by Jørn Sunde, Søren Koch and Knut Skodvin, all of the University of Bergen, Norway.

This book was primarily written to introduce undergraduate students at Bergen to one intriguing way of studying comparative law. It uses a model developed by Professor Sunde to compare and contrast different aspects of legal cultures.

To study the “institutional structure” involves an examination of both the systems of conflict resolution – e.g. hierarchies of courts – and also the systems of norm production – e.g. statutes and case-law. To explore the “intellectual structure” involves studying what is termed the “idea of justice” at work, the “legal method” employed, the degree of “professionalisation” present and the influence of “internationalisation”. To explain further, the term “idea of justice” can refer to the extent to which a legal system privileges the establishment of legal certainty over other considerations in the decision-making process. For example, my own article uses the sagas underpinning the decisions in Sharp v Thomson and Burnett’s Trustee v Grainger – which are well-known in Scottish property law circles – to explore the Scottish “idea of justice”. The term “legal method” refers to the ways in which lawyers extract rules from legal sources; “professionalisation” is fairly self-explanatory; and “internationalisation” as a broad category refers in part to the openness of a legal culture to what may be termed “outside” influences.

Thus Sunde’s analysis provides six elements of legal culture for comparison: conflict resolution, norm production, idea of justice, legal method, professionalisation, and internationalisation. He discusses and defends the utility of this model for comparing legal cultures in more detail here (PDF). (The quotes given above can be found in this article.) The model is used as an analytical tool at Bergen to help students to begin to compare and contrast differences between the six elements of legal culture. The aim is that they will then be able to move on to understand and explain them. Yet very little literature existed to facilitate teaching based on this model. Consequently, Sunde assembled a team of academics to use the model in analysing their own legal cultures, with a view to publishing a book presenting the results. My Scottish contribution sits alongside articles written to introduce English, French, German, Austrian, Estonian, Finnish and Chinese legal cultures.