I graduated with a BSc in Zoology and Animal Physiology from the University of East Anglia in 1979. After 3 years working for the Ministry of Agriculture, Fisheries and Food inspecting export grain for insect infestation, I began my research career with a PhD position in the Department of Physiology, King’s College London with Dr David A Tonge. This initiated my research interest studying how appropriate nerve-muscle connections are made and then adapted to their diverse functions. I gained my PhD in 1986, investigating the regeneration of nerve-muscle connections. Subsequent postdoctoral work investigated other aspects of neuromuscular function. First, with Prof Glen Cottrell in St Andrews, investigating how simple (acetylcholine) and complex (neuropeptides) molecules, called 'neurotransmitters', are used simultaneously for neuromuscular signalling. Later, I worked in the Department of Physiology, University of Bristol with Dr Tony Ridge, studying the developmental pruning of nerve-muscle connections. This led to a major 2-year period at the University of Colorado Health Sciences Center, Denver, Colorado, USA. Here, with Dr Bill Betz, we developed technique for using FM1-43 and related dyes for fluorescent studies in living nerve terminals of the kinetics and distribution of the tiny neurotransmitter packets (vesicles) during activity. Between 1991 and 1994, I worked with Prof Clarke Slater in the Muscular Dystrophy Group Research Laboratories, Newcastle General Hospital investigating the role of muscular dystrophy-related structural proteins in building nerve-muscle specialisations. I joined the University of Aberdeen in 1994. While motor control of muscle is still a major interest, a collaboration with Dr Bob Banks, Durham University, is characterising how muscle stretch detectors (spindles) work. We discovered a powerful system for regulating their sensitivity. These studies will help our understanding of muscular dystrophy, MND/ALS, ataxia and hypertension. 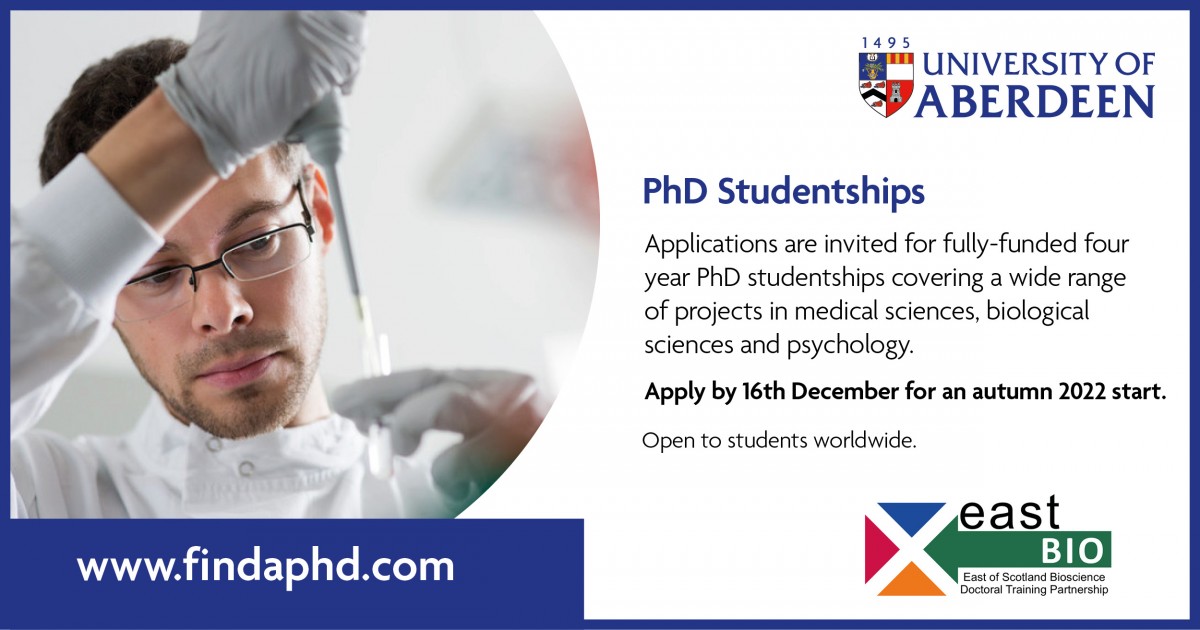 We have two exciting PhD opportunities.

Mitochondria & motor control : nerves detecting muscle length are full of mitochondria. Is this why unco-ordination is so common in mitochondrial disease? This project explores mitochondria in terminal function and as potential therapeutic targets.

Ageing & motor weakness : motor nerve cells die as we age causing weakness, falls & hospitalisation. Surviving nerve cells then get stressed. How can this stress be ameliorated to slow this process?

Fellow of The Physiological Society of Great Britain and Ireland

My group's research interests are centred on understanding how appropriate nerve-muscle signalling is established and maintained, both in motor and sensory nerve terminals.

Here, our focus is on elucidating the role of the intriguing system of synaptic-like vesicles in stretch-sensitive nerve endings that detect muscle stretch, and hence position. We discovered this regulatory system in collaboration with Dr Robert Banks of Durham University. This vesicle-based system regulates the sensitivity of these sensory endings over a wide range. It can double the system's sensitivity or even turn off the ending entirely.

The focus here is on the neuromuscular junction, where motor nerves trigger muscle contraction. We want to understand how nerve-muscle interactions regulated the ability to maintain transmitter release from the motor terminal to meet the demands of growth, development and changes in vivo activity.

Understanding the basic neuroscience in these systems can also identify targets in the natural control mechanisms for alleviating symptoms of a number of diseases. Muscle weakness is often due to disrupted motor nerve-muscle communication, such as in myasthenia gravis, and congenital myogenic syndromes. In particular, we are exploring symptomatic relief in motor neurone disease (aka MND or ALS), where in early stages the signalling is impaired, but can benefit from boosting remaining function. Conversely, movement disturbance (ataxia) often reflects poor sensory feedback. We are testing if this reflects dysfunction of the stretch-sensitive nerve terminals in muscle. Finally, as the same type of endings monitor blood pressure as the blood vessels stretch and relax, we are exploring their potential as targets for treating the world's biggest mortality risk factor - high blood pressure.

Our two major lines of investigation are to understand:

How do movement-detecting nerve endings adapt to change?

Mechanosensory endings tell us where our arms and legs are, whether we're touching anything, and monitor our blood pressure. Tiny vesicles, just like those releasing neurotransmitter, occur in all such endings throughout the animal kingdom. Their ubiquity suggests they are probably very important and we have shown that indeed they are. In muscle stretch receptors, we found they powerfully control ending sensitivity; from turning the ending off completely to doubling normal output! We now want to understand why this powerful regulation is needed. Then, we can understand if there are diseases associated with the system that were previously unsuspected, or might benefit from targeting with new drugs. For example, we are now testing if they can help us understand loss of co-ordination in diabetes, or mitochondrial diseases. We are even looking at this same system in stretch-sensitive endings around blood vessels. Might they be a new target for treating the most prevalent cardiovascular disease risk - high blood pressure, also known as hypertension.

How do motor nerve endings adapt to change?

We are studying how motor nerve terminals know what to do when they get to the right target. When we know that, these mechanisms may be targeted to treat diseases such as motor neurone disease (MND/ALS), or congenital muscle weakness. We have shown that motor nerve terminals on muscle cells 'learn' (i.e. become trained) to change neurotransmitter output, to suit their patterns of use. We want to know how this is done. How does a nerve terminal know how much transmitter to release to get the muscle to respond, even if the muscle cell changes size and how often it is used? How does it know how much neurotransmitter to store, depending on whether it is used often (e.g. marathon runners) or rarely (powerlifters). By understanding these mechanisms, they can become targets to treat motor nerve diseases, such as myasthenia (congenital myasthenia, myasthenia gravis) or sick motor neurones in motor neurone disease (MND/ALS). We found that a protein  (TGF-beta2) is secreted by the muscles during activity, causing the nerve terminal to release more transmitter, making it more effective. This is probably one signal between the two cell types to keep signalling 'just right' (not too much, not too little) in healthy muscles as they adapt to changing demands, such as growth, training and ageing. Now we are testing if this system can be targeted by drugs to increase signalling in conditions where nerve-muscle signalling is weakened by disease, such as early stage motor neurone disease, and myasthenias. An important new development is designing special cell culture dishes allowing human cells to be kept in just the right conditions, and to mimic human diseases in culture.

Reinnervation of mammalian muscle after nerve damage nerves is effective (does occur, and does restore muscle contraction) but is not selective (will innervate the wrong muscle equally well). Conversely, in tailed amphibians, reinnervation by damaged motor nerves is both effective (produces muscle contraction) and specific (innervates only the correct muscle). This likely reflects the axolotl growing continuously, producing new nerves and muscles, that need to recognise each other throughout life.

We developed the technique for using FM1-43 and other styryl pyridinium dyes for visualising how living nerve terminals work during activity. This technique can be combined with a range of other recording techniques, too. It has >1000 citations, and has been adopted by laboratories all over the world. In addition to neuroscience, it has also been adapted for studies of surface vesicle trafficking in yeast, bacteria, plants, endocrine cells, and epithelial cells. We also determined the synaptic vesicles recycle time under continuous activity to be ~100 seconds.

Since arriving in Aberdeen

We found that release from motor nerve terminals is adapted to their patterns use by adjusting the ratio of the number of transmitter quanta (i.e. vesicles = quantal content) released per stimulus, and the size of the vesicle pool (number of vesicles in the terminal). The recycle time was fixed under continuous activity at ~100 seconds. Thus, to maintain release, a terminal needs enough vesicles to last 100 seconds. With Dr Brian Reid (Aberdeen, UK, now UC Davis, USA), Profs Arild Nja, Terje Lomo (Oslo University, Norway) and Clarke Slater (Newcastle upon Tyne, UK).

We then found that in the depletion of a neurotrophic factor NT-3, or blockade of the enzyme myosin light chain kinase (MLCK) vesicle trafficking is severely reduced, but transmitter release is much less affected. With Prof Phil Sheard & Marilyn Duxson, Univ of Otago, NZ).