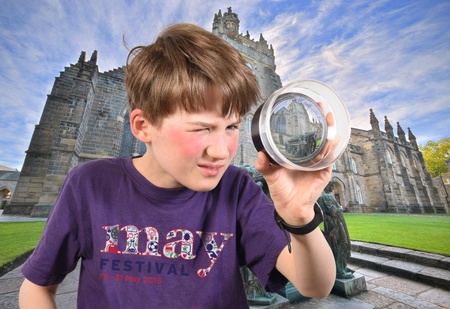 Tickets have been released today (Monday April 13) for a popular festival which will enable audiences of all ages to experience the joy and inspiration of books, music, film, science, food, history, nature, sport and more in the glorious setting of Old Aberdeen.

The May Festival, organised by the University of Aberdeen, will return from May 29 to 31. In 2014 it attracted more than 9,500 visitors and this year it will encompass a greater range of topics and areas of interest than ever before.

We really will have something for everyone from literature, music and film to science, the environment, sport, food and drink and current affairs - and we'll even host some in Gaelic. It is the Aberdeen festival catering for all" Professor Sir Ian Diamond

For those wanting to get hands-on there will be a fun session to help crafters of all abilities knit their own ‘Broons’, a ‘farm to fork’ cookery demonstration and an introduction to Scottish step dancing.

Many events in the programme are free or low-cost and there will be a host of drop-in sessions as well as entertainment around King’s College campus and walking tours around Old Aberdeen, the Cruickshank Gardens and Aberdeen Sports Village.

In addition to the main Festival programme, the free Marathon Oil Children’s Festival will run throughout Saturday and Sunday (May 30 and 31) with events to inspire young minds ranging from a campfire party to an animal roadshow and rap and street poetry workshops.

“Many events will be hands-on or run on a drop-in basis to allow people to get a flavour of many different areas of interest.

“We really will have something for everyone from literature, music and film to science, the environment, sport, food and drink and current affairs – and we’ll even host some in Gaelic. It is the Aberdeen festival catering for all.”

Tickets for all events can be booked from today (Monday April 13) by visiting http://www.abdn.ac.uk/mayfestival/ or through the Aberdeen Box Office on 01224 641122.