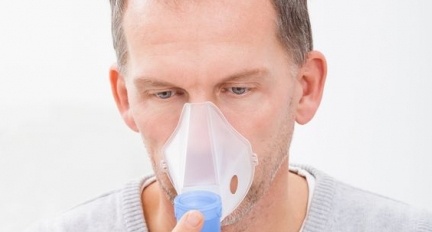 People with lung disease are required by researchers at the University of Aberdeen and Aberdeen Royal Infirmary to help with a £2 million UK wide study to see if an old drug can help a relatively new drug work better as a treatment for a common lung condition.

Chronic Obstructive Pulmonary Disease - or COPD - is the name for a lung disorder, previously called chronic bronchitis and emphysema, and is the sixth leading cause of death in the UK, causing 28,000 deaths a year.

Professor Graham Devereux, is one of the chief investigators on this new study which is taking place in Aberdeen, and several other centres across the UK.

He said: “COPD is one of the most common respiratory diseases in the UK and is a rather unpleasant condition which results in narrowing of the airways of the lungs and is associated with much suffering.”

“Patients with COPD often suffer what are called exacerbations, which are episodes when the disease suddenly worsens – these are usually caused by infection. These exacerbations result in a speeding up of the rate of decline of lung function as well as reduced quality of life and admission to hospital.

“One of the problems with COPD is that current treatments are not terribly effective. Inhaled steroids, like those used to treat asthma, are used to tackle COPD. But unlike their effectiveness with asthma, the airways of people with COPD are somewhat resistant to steroids and we have been using relatively high doses as a result.”

Based on laboratory and pre-clinical work the researchers want to try using low doses of a drug called theophylline, in conjunction with the inhaled steroids already used today. Theophylline used to be used to treat COPD on its own but its use at high dose as a drug to open up airways has declined with the development of new inhaled treatments.

We want to test the theory that low doses of theophylline will act on the airways, helping the inhaled steroids already used widely in COPD today to work far more effectivel." Professor Graham Devereux

“We want to test the theory that low doses of theophylline will act on the airways, helping the inhaled steroids already used widely in COPD today to work far more effectively,” said Prof Devereux

Around 1400 volunteer patients are required to help answer this key question. The study maps to a key NHS priority and is funded by the NHS’ own research funds from the Health Technology Assessment Programme.

“We want to recruit people with COPD who have had two or more chest infections exacerbations in the previous year to see if the combination of drugs can make a different to patients who really can have a poor quality of life,” added Prof Devereux.

Steven Wibberley, Director of Operations and Innovation at the British Lung Foundation, said:

“Research is key to improving the lives of people affected by COPD and other lung diseases, which is why the BLF is supporting this major new research project and encouraging people living with COPD to get involved. By doing so they could help improve care and find new effective treatment options for themselves, and patients throughout the country and beyond.”

Chest Heart & Stroke Scotland Chief Executive David Clark said:“COPD is not only a major burden to the NHS in Scotland, but also a very painful and distressing condition for the people affected.  CHSS is delighted to be supporting this imaginative study, which will hopefully produce real benefits to patients within a fraction of the time needed to develop and test new drugs”

Potential volunteers and those wishing to find out more about the study known as the TWICS – Theophylline With Inhaled Corticosteroids - should contact: twics@abdn.ac.uk or visit https://w3.abdn.ac.uk/hsru/twics/