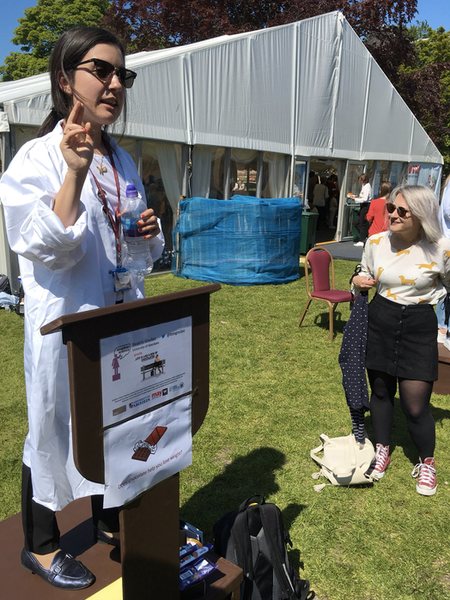 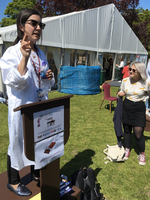 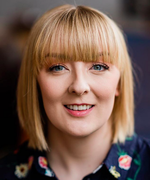 Beatriz’s Prize recognises her work as an Ask for Evidence and STEM ambassador, disseminating critical thinking skills and the potential of STEM careers to members of the public and school pupils. Her leadership in activities such as the Sherlock Holmes’ treasure hunt as well as the dissemination of statistics in clinical trials to wider audiences (https://www.abdn.ac.uk/hsru/news/11953/ & https://www.abdn.ac.uk/hsru/news/11924/) are examples of this.

Beatriz is the main supervisor for two Master of Public Health projects related to public engagement. This work aims to mentor future researchers into this field, as well as reach a better understanding of engagement’s efforts in clinical trials and their evaluation. She has recently been awarded a place in the National Coordinating Centre for Public Engagement’s Engage Researcher’s Academy in Bristol and presented her insights at the Evidence Live conference.

Heidi’s Prize recognises her ongoing involvement with HSRU’s Public Engagement group, her work bringing the Soapbox Science event to Aberdeen for the first time (Beatriz was a speaker at this event) as well as her efforts to spread awareness of trials and the research process specifically through her blog. Heidi’s blog has currently had over 10,000 views since its inception in January 2017, with reach spanning more than 90 countries worldwide. She plans to build on her blogging expertise by undertaking a Winston Churchill Memorial Trust Fellowship at the beginning of 2019, which will see her travel to the USA, Canada, Hong Kong and Singapore before returning to HSRU to share her knowledge with us.

Beatriz and Heidi are core members of HSRU’s public engagement group. The group’s founder, Dr Heather Morgan won the Prize in 2015, 2016 and 2017. This year Heather won for the 4th year running, this time being awarded the prize in the Senior Researcher category.

If you’re in Aberdeen and would like to see Beatriz and Heidi’s enthusiasm for public engagement in action alongside Prof Shaun Treweek, head to the Café Scientifique event being held on Wednesday 31st October 2018. The HSRU trio will be discussing recruitment and retention of participants to trials, and leading debate around the question, ‘should trial participation be compulsory?’.

The Health Services Research Unit is delighted with the news and will continue to support its researchers in their engagement efforts contributing to inform the public and increase the impact of our research.