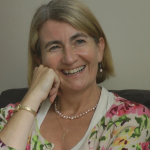 Deciding when to return to the GP when symptoms do not resolve is something many people struggle with, especially when the symptoms may not appear to be serious or life-threatening. Research with cancer patents in Denmark, England, and Sweden, published in BMJ Open, indicates that small changes to how doctors conclude consultations with their patient could help to improve both survival rates and efficiency.

The project was led by the University of Oxford and funded by Cancer Research UK.

Researchers in the three countries interviewed 155 people aged between 35 and 86 years old, within six months of being diagnosed with lung or bowel cancer. Patients were invited to talk about events since they had first noticed a problem, including what influenced their decision to consult a doctor.

People worry that they are wasting the doctor's time by going back; it can help overcome this reluctance if they are given explicit advice about what to look out for and encouragement to return." Professor Louise Locock

The study compared Denmark, England, and Sweden because survival rates for lung and bowel cancer between 1995 and 2007 were persistently higher in Sweden than in Denmark or England, particularly in the first year following diagnosis.

Notable differences between the three countries were found in patients’ accounts of the clarity and communication of action plans at the end of GP consultations. The authors recommend that every GP consultation should conclude with explicit advice about what to look out for and provide specific advice for patients to return if symptoms do not resolve, or re-occur.

Louise Locock, co-investigator on the study, says: 'We already know it's important to make members of the public more aware of early symptoms of common cancers which might seem minor but are important early warning signs. But we also need to make sure that when people do go to the GP with such symptoms, they are given a clear action plan to come back if things do not improve. People worry that they are wasting the doctor's time by going back; it can help overcome this reluctance if they are given explicit advice about what to look out for and encouragement to return.'

Patients’ initial steps to cancer diagnosis in Denmark, England and Sweden: what can a qualitative, cross-country comparison of narrative interviews tell us about potentially modifiable factors?