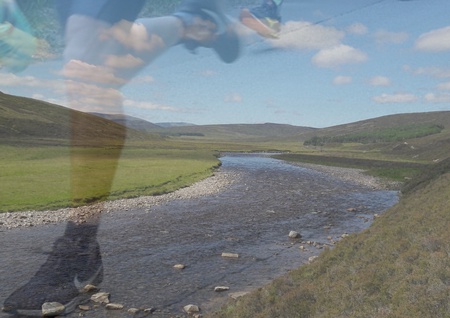 What is a proper funeral? This question came up in a recent conversation I had with Abi. I am an anthropologist by training, and she works as a funeral director. We are both part of the Care in Funerals research project. We decided to get to know each other and met informally online to exchange first thoughts and feelings about funerals in these strange times. The context of the conversation was important. It was one which allowed the emergence of fresh words welcomed in a safe space where they could be held without judgement. This happens rarely and it is difficult to design it in advance. We hardly knew each other before and never met in person. We decided to share a coffee from a distance out of working time. It was like talking to a stranger like when you travel on a train and start speaking to the unknown person in front of you. An unexpected sense of freedom generates from those situations.

Abi talked to me about the many difficulties related to the number of deaths now occurring and to the restrictions in place which makes her work so distressing in this time. It was one of the first times that I have spoken with a funeral director. I became immediately aware of the role they play in society, which I used to take for granted. I was immediately touched in my existential curiosity because I realised that what Abi and her colleagues do is not just a technical service. It is a fundamental activity for helping us to make sense of death. Something that might not be considered a productive job but rather one of the invaluable actions that contribute to our humanity.

As the conversation went along, we came to a point of uncertainty where words were not enough to express what Abi was trying to communicate to me about the importance of funerals for people. I love the oral where words have tone and are gestures. For being a marathon runner, I recognised in this moment a similarity with what runners live when meeting the limit of the so called “wall of the marathoner” around the 35th km and they express through running what cannot yet be articulated verbally. Although Abi was apologizing for saying things which might not be relevant, I felt that we were reaching a point of emergence. With a mixture of courage and shame, using her voice and her body, she said suddenly but hesitantly “you know, in the end, what is a proper funeral?” I loved it when she asked that. There was a moment of silence and stillness after she pronounced those words. To me this is the limit. Of language, of thought, of understanding. When you reach that edge you are left exposed. That question opens to the unknown. We were together in that territory thanks to that very question. Indeed in Abi’s wandering thoughts I felt an invitation. I felt invited to be part of that exploration. I felt a call to my imagination. To give form to that which does not yet have it. I felt a call to become human. To be better.

"What is a proper funeral?" is a great question because it is simple and clear. It has the freshness and the wise ingenuity of the child who, although reassured by the adult about what is the right thing to do, keeps asking. This is a kind of question which stays open regardless of attempts to answer it. Religious traditions and rituals of any kind provide important pathways to address it. Yet the breath of the question exceeds any answer. This is especially true during the times we are living in now. The dominant frame of the pandemic with its restrictions and consequent disruptions, has highlighted the importance of funerals for people. Never as now the question of what is a proper funeral becomes urgent. Governments impose rules and try negotiating them with the different faith traditions and ethnic groups. But in many cases this negotiation is not enough to circumscribe the problem. In many cases people have been left feeling unsatisfied and with the pressing ethical question in their head about what is the right thing to do. "What is a proper funeral?" is also a rich ethical question which moves beyond basic rules or duties. Social reassurances do not exhaust possibilities or provide certainty. As it is in limit situations, meaning is here threatened and its fragility is revealed. The importance of each individual is foregrounded. Therefore the question of ‘What is a proper funeral?’ branches restlessly into other ones because in these difficult times, social life and rituals can be disrupted. People might ask themselves what is a proper funeral beyond what I know, beyond the rituals, beyond the restrictions? That question might generate a series of other questions in the individual which need be formulated in the first person: How can I care for my loved ones when they die? How do I care for myself when they die? How do they care for me when I die? How do I care for myself when I die?

In my ongoing work, exploring the anthropology of the limit, I found interesting resonances with the so-called existential turn in anthropology (Jackson and Piette, 2017). This aims to give an account of individual existence that is never just the same as a person’s social situation and social role, by acknowledging those moments of being which emerge in ‘border situations’ when you come up against the limits of language, the limits of strength and the limits of knowledge. These situations are precious because they can open us “to new ways of understanding our being-in-the-world, new ways of connecting with others” (Jackson and Piette, 2017: 7-8).

After the meeting with Abi, the conversation continued in my mind for a while. In the evening I went for my run along the river. Thoughts started taking a rhythm in the beats of my feet running on the ground. I remembered talking with Abi and also with my other fellows from the Care in funeral project. I was imagining further connections with people with whom I recently started different conversations around death and with folks whom I yet don’t know but will be soon part of our research. Talking about funerals is actually a journey. I was thinking how that question about ‘What is a proper funeral? might bring all of us together on the same path to explore, what it is to be human in a time of emergence?

Please note, all comments will be moderated so may not appear immediately. If you wish to remain anonymous in your comment please put down initials or solely a first name.
Published by Health Services Research Unit, University of Aberdeen