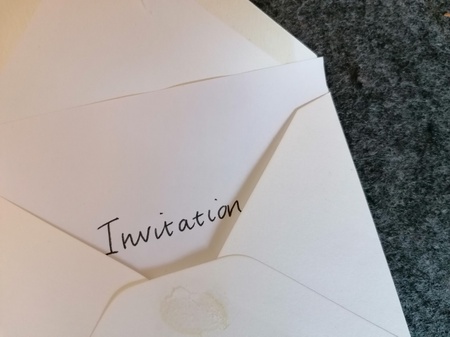 Jennie Riley compares the seemingly incongruous rites of passage of marriage and death, and considers similarities between the two which the pandemic has brought into sharper relief.

Weddings and funerals hold very different places in our cultural imaginations. Their juxtaposition is part of what makes the 1994 film title so memorable. But perhaps there are more similarities between these rites of passage than immediately meet the eye – particularly when we consider funerals which have taken place during the pandemic.

A quick internet search for ‘intimate wedding’ generates countless lists of ‘pros and cons’ for scaling down your nuptials. Given the rising cost, size and extravagance of UK weddings, the opportunity to have a smaller, less expensive, and hopefully less stressful wedding is one that many couples find very attractive. Equally, those lists of pros and cons suggest that many also recognize the opportunity costs associated with a small wedding: not being surrounded by everyone you love; not having your one ‘big day’; or risking upsetting Great Aunt Muriel because she didn’t make the cut for the shorter guest list. And, as with all opportunity costs, there is the sense of ‘what might have been’ - for having one means not having the other.

At the pandemic’s height, some areas in Britain were permitting just 5 or 10 mourners to attend funeral services, with a widespread maximum of 30. In interviews for the Care in Funerals project so far, we have heard several people express their appreciation for the ‘intimacy’ afforded by small funerals. Some bereaved families have expressed their relief at not having to ‘play host’ to scores of relative strangers, or to make small talk over sandwiches. Instead, they have been able to share their grief with closest kith and kin, with much less pressure to ‘perform.’ I’ve written previously about some who hope that pandemic funerals might refocus people on what ‘really matters’ when someone dies, in place of all the 'bells and whistles'.

But there have, of course, also been costs, and widespread senses of ‘what might have been.’ This might be felt especially keenly when the bereaved have in mind other funerals they have organized or attended, when as many people could come as wished to, and there were no limitations or restrictions in place. A funeral characterized by pandemic restrictions may feel particularly small, humble or pared-back when viewed in comparison. For those who feel the number of mourners is an indicator of a ‘good’ funeral, there may be a significant sense that the person who has died, or their family, had been denied something ‘proper.’ Some people feel a significant obligation to ‘do everything they can’ or ‘have the very best’ for their loved one’s funeral as a signal of respect, or to symbolize how much they meant to those who loved them; it will have seemed to some that the pandemic significantly curtailed the extent to which this was possible. While a funeral with 5 or 6 guests may have felt pleasantly intimate to some, having to maintain social distancing may have meant the occasion felt more ‘surreal’ than anything else. And some may find themselves falling into both categories: grateful for relative quiet, peace and intimacy, yet conscious of missing out on the social support and welcome purposefulness that can accompany a large funeral. That is to say nothing of some people’s worry about those who wanted to attend but could not.

Agonizing over a wedding guest list familiar territory for engaged couples – it's the Great Aunt Muriel question on, often, a large scale. Do you 'draw the line’ at close family and friends – and, if so, who qualifies? Do you separate your guest list into tiers, creating a hierarchy of invitees defined by which parts of a wedding they’re invited to share? Will people understand your reasoning, or do you run the risk of causing offence?

Until very recently these would have been a rather alien questions in relation to funerals. In 2018 YouGov surveyed 3,674 UK adults, asking “Is there anyone you would specifically ban from attending your funeral.” 15% said yes, 16% were unsure – but 69% said no (Daily Question | 03/09/2018 | YouGov). That ‘no’ might mean many things – a desire to bury the hatchet in death, or perhaps recognition that once you’re gone, there will be very little you can do about it. But it likely also speaks to a cultural norm or assumption – funerals just don’t have ‘guest lists.’ Instead, they should be open to all who wish to pay their respects.

For so many bereaved families, though, pandemic restrictions rendered the funeral guest list a reality – and often a deeply troubling one. In this BBC article, Coronavirus: Vicar's story of shock and grief in Cardiff parish - BBC News Canon Jan Gould describes a funeral she took where “the lady who died had 12 children. And we could only have 10 of them at the funeral, because that was the rules. And so that family had to decide which two were not going to go say goodbye to their mother." The novel experience of having to choose who ‘gets’ to attend a funeral has proved a potent media image – certainly the list of 30 guests attending Prince Philip’s funeral in April was reported widely, in minute detail. Media interrogations of the experience of whittling down someone’s social networks to a handful of funeral invitees have failed to highlight that limits of 20 or 30 people have actually proved ‘just right’ for some families. But that is not to say that where such decisions had to be made – because of restrictions on numbers, or on travel, or to protect those shielding – they were not difficult. Now restrictions have softened, and as the ‘new normal’ emerges, it will be interesting to see whether the funeral guest list is here to stay, or was itself an unwelcome pandemic guest to be quietly shown the door at the earliest opportunity.

The idea that a wedding should be ‘all about the bride and groom’ and exactly what they want is becoming widespread and familiar to many, even as particular traditions often also continue to play a significant role. Weddings are increasingly full of personal touches, from photographs to colour schemes to the food and drink on offer – and you can draw endless inspiration from social media site Pinterest if you’re so inclined. This emphasis on choice and personalization is also, increasingly, characterizing many UK funerals– something I’ve explored before on this blog. Viewed from a different angle, many find the prospect that either weddings or funerals might lack individuality disconcerting: whether that’s having to share your wedding venue with other couples, because it’s a popular Saturday in the height of summer, and there’s no time to change the flowers; or the image of a ‘conveyor belt’ of funerals taking place one after the other in a crematorium, with one family ushered out the exit while the next starts to trickle through the entrance.

In a financial sense, of course, neither wedding nor funeral choices are free: there is often a significant cost associated with both types of ritual. Pinning down accurate mean or median figures for UK weddings is difficult, but estimates place them somewhere between £25,000 and £30,000. Funeral costs also vary, not least by location, and can reach up to several thousand pounds – far outside the realms of affordability for many. In both cases, the amount you are willing to spend will dictate which and how many choices become available. There are also more nebulous influences in the form of norms, traditions and expectations – these might relate to a religion, or to a family, or even to ‘trends’ (especially in the case of ‘Pinterest weddings’). You might know that including a Bible reading or a prayer in a funeral service would have been all but meaningless to the person who died – but if it’s what funerals usually include in the family, would it hurt to leave it in and avoid raising those eyebrows? And you might want to include that anecdote in your eulogy – but maybe for the sake of more sensitive ears, you’ll leave it out? To some, of course, norms and traditions are liberating, taking the pressure off personalization, and offering meaningful frameworks. Perhaps all we can say with certainty is that there is very little certainty regarding how different factors, forces and influences might play into the planning of a wedding or a funeral.

Expectations and norms shaped choices for weddings and funerals long before the pandemic. But perhaps the pandemic will have disrupted some, and created new ones.