FORUM: a mission selected by ESA to view the Earth with different eyes
16 October 2019 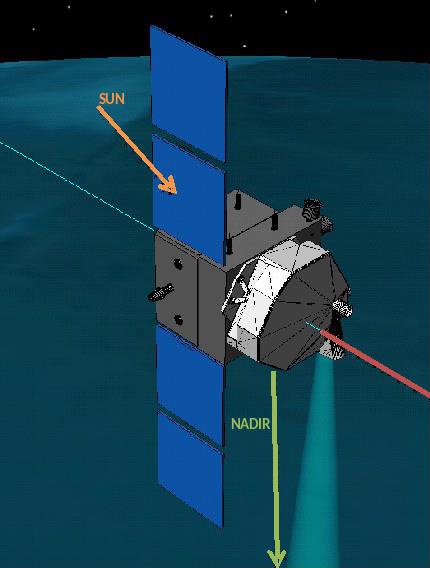 ESA has chosen the Far-infrared-Outgoing-Radiation Understanding and Monitoring (FORUM) mission to be the ninth Earth Explorer mission. FORUM will measure from space, for the first time ever, the radiation emitted from Earth across the entire far-infrared part of the electromagnetic spectrum (15-100-micron range, which has never been done from space before). These observations are important because nearly 50% of the radiation that the Earth emits to space is far-IR radiation. Now, Thanks to new technical developments these measurements are possible.

The Far-infrared-Outgoing-Radiation Understanding and Monitoring (FORUM) mission is focused on a fundamental scientific goal which is a thorough understanding of the spectral distribution of the infrared energy emitted by the Earth system. This has very important implications related to problems as Climate Change because thanks to this mission we can know the signatures of many of the components responsible for driving, and responding to this global phenomenon.

The Principal Investigator of FORUM is Luca Palchetti, from the Istituto Nazionale di Ottic (INO) and CNR the Italian National Research Council (NCR). Professor Javier Martín-Torres, Chaired Professor of the Group of Atmospheric Science at LTU, is Co-investigator of the FORUM mission, and was part of the initial proposal submitted to ESA. His experience the modeling and data analysis of far-IR atmospheric radiation started in 2002 while he was working with Dr. Marty Mlynczak at NASA/Langley Research Center. Dr. Mlynczak (also co-I of FORUM) was the PI of the instrument FIRST (Far‐Infrared Spectroscopy of the Troposphere). FIRST was developed as part of NASA's Instrument Incubator Program managed by the NASA Earth Science Technology Office, with the goal to measure accurately
the far‐infrared (15 to 100 μm; 650 to 100 wavenumbers, cm−1) emission spectrum of the Earth and its atmosphere. Although has been launched in high-latitude balloon campaigns, FIRST was never launched to space.

The main research objective of the FORUM mission is to evaluate the role of far-infrared in
the configuration of the current climate and thus reduce uncertainty in predictions of future
climate change. This will be addressed by:

To achieve these scientific goals, FORUM aims to measure the Earth’s top-of-atmosphere
emission spectrum in the far-infrared region.

It will improve our understanding of the climate system by enabling quantification of the far-
infrared contribution to the Earth radiation budget (particularly focusing on the impact of
water vapour contribution, cirrus cloud properties, and ice/snow surface emissivity).
A global characterization of the Far-IR atmospheric emission is key in climate modeling as
this emission is affected by water vapour and cirrus clouds, which, in turn, play key roles in
Earth’s temperature.

The satellite is planned to fly in a loose formation with MetOp-SG (A1) satellite, to exploit
synergy with the observations from the next generation of the Infrared Atmospheric Sounding
Interferometer (IASI) instrument onboard of this meteorological satellite.
The mission is expected to be launched in 2026.