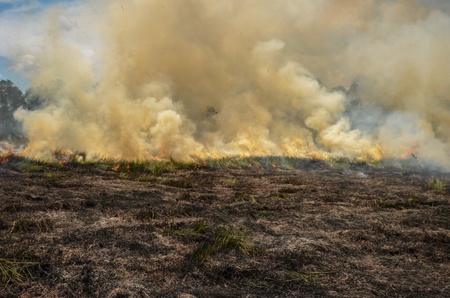 However, peatlands are becoming more fire prone, thus reversing this effect by rapidly returning carbon to the atmosphere as CO₂. Understanding the extent to which this happens is crucial in measuring the resulting impact on global CO₂ levels.

Previous approaches will tell you when and where peatland fires occurred, but they won't tell you how hot the fires were - this is important, as we need to understand the damage caused to peatland ecosystems by intense fires" Dr Dmitri Mauquoy