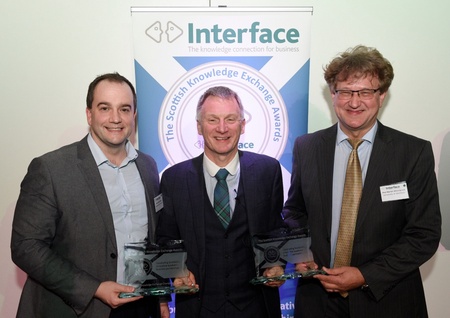 A leading academic from the School of Engineering has been appointed to serve as a panel member for the forthcoming Research Excellence Framework (REF2021).

Professor Marian Wiercigroch FRSE, a Sixth Century Chair in Applied Dynamics, has been appointed as a panel member of the REF2021 Sub-panel 12 (Engineering).

Last year he was named joint winner of the Knowledge Exchange Champion of the Year in the Scottish Knowledge Exchange Award, for demonstrating exceptional engagement with industry and delivery of knowledge exchange to energy companies.

This includes establishing Aberdeen’s Centre for Applied Dynamics Research, which has organised over 100 research seminars delivered by leading national and international researchers.

This is a befitting recognition of Marian's wide-ranging expertise and international standing in engineering, and I congratulate him on this important appointment." Professor Igor Guz, Head of School of Engineering

Reacting to the appointment, Professor Wiercigroch said: “Being selected for this role is a great honour, although I am also well aware of the demands of the role having served on a previous REF panel in 2014.

“However, after careful consideration of all aspects, including the recognition that it will bring to the School and the University – as well as being able to contribute to the general health of UK engineering research – I have accepted the appointment.”

Professor Igor Guz, the Head of School of Engineering, added: “I was delighted to learn that Professor Wiercigroch has been appointed to serve on the REF2021.

“This is a befitting recognition of Marian’s wide-ranging expertise and international standing in engineering, and I congratulate him on this important appointment. I wish him every success in this very demanding job.”