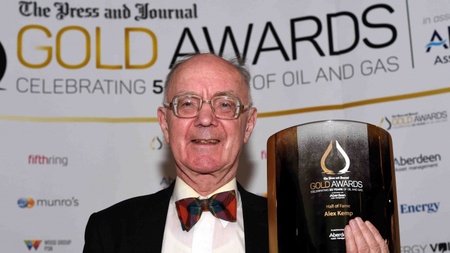 He said: “Professor Alex Kemp is a one-off. There simply isn’t another petroleum economist like him – anywhere.