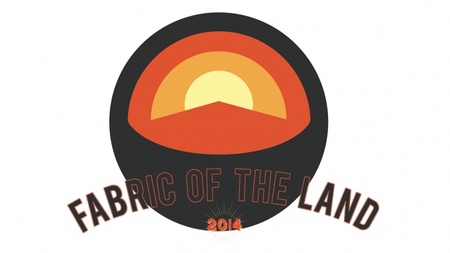 A popular exhibition exploring the links between art and science is set to debut in Aberdeen city centre following a number of successful years at the University of Aberdeen.

The Fabric of the Land features the work of established and emerging artists and gives visitors the chance to experience items of geological interest alongside selected artworks in the exhibition.

Organised by the Department of Geology and Petroleum Geology, each year artists, designers and craft practitioners are encouraged to create works, which derive from, or are inspired by the link between geology and the landscape of the earth.

Professor Andrew Hurst, Geology & Petroleum Geology, University of Aberdeen said: “In 2014 the quest for Fabric of the Land is to transport art with the science that inspires it into Aberdeen’s city centre and thereby reach out to a much larger public. We believe that Aberdeen citizens will find inspiration and beauty in the artistic and scientific offerings at Fabric of the Land. It is highly relevant that the heartbeat of the University of Aberdeen is felt in the heart of the city.

“The Scottish environment and landscape is shaped by its geology Indeed the geology of Scotland can be viewed as the underlying ‘fabric of the land’.”

A call is being made for submissions for this year’s event, which is open to emerging and established artists, designers and craft practitioners.

Three awards will be presented to successful exhibitors chosen by our selection panel – two awards of £500 for commended work and £1,500 to an outstanding piece of work in the show.  The awards have been made possible again through our continued sponsorship from Dana Petroleum, our principal supporters.

A spokesperson for Dana Petroleum said: “We’re extremely proud to be supporting such a forward thinking event for the second year running, which not only brings together art, science, the community and the university but explores geology - the core of our business - in a different light.

We believe that Aberdeen citizens will find inspiration and beauty in the artistic and scientific offerings at Fabric of the Land. It is highly relevant that the heartbeat of the University of Aberdeen is felt in the heart of the city." Professor Andrew Hurst

Over the past two years Fabric of the Land has grown significantly, travelling to Edinburgh and this year moving to an Aberdeen city centre location, and has also been designed to include a schools programme that aims to inspire an interest in geology and our natural environment through art. The schools programme, now in its second year, brought an artist, Dana geoscientists and S2 pupils from St Machar Academy together to explore the Highland Boundary Fault.”

This year the exhibition also has support from the University of Aberdeen, Aberdeen City Council and Aberdeen Inspired.

Aberdeen City Council leader Jenny Laing said: “Fabric of the Land is a really interesting concept which provides emerging and established artists, designers and crafts people with a really good opportunity not only to exhibit their work in a prime city centre location, but also to secure funding to help progress their work.

“Aberdeen City Council is working hard to support the city’s art and culture scene and I think Fabric of the Land provides a fantastic opportunity for us to do that by bringing something new and a bit different into a public space to give citizens the chance to celebrate not only the Scottish landscape, but also the city’s strengths across the arts and sciences.”

Alan Bree, Operations Manager of Aberdeen Inspired said: “Aberdeen Inspired’s overarching aim is to increase footfall in the business improvement district and making the city centre a more vibrant and engaging place to visit is an integral part of that strategy. We have shown a longstanding commitment to the arts scene and are delighted to be supporting Fabric of the Land, which promises to be a fantastic exhibition in the heart of Aberdeen.”

The submissions deadline is July 28 and works will be selected on August 12. The exhibition opens on September 13.
This year’s panel consists of: