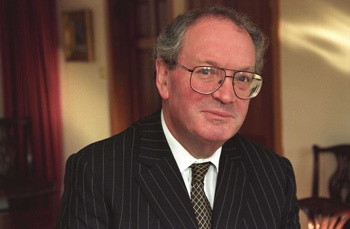 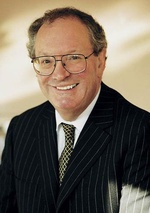 Tributes have been paid to a former University of Aberdeen Principal and champion of philanthropy in Scottish higher education who has died aged 79.

Professor Sir Charles Duncan Rice led the University from 1996 to 2010 – a period of transformational change at Aberdeen where the University significantly advanced both its international standing and outlook.

He spearheaded a philanthropic fundraising campaign on a scale not previously seen in Scotland, the flagship of which was the £57 million state-of-the-art library named in his honour.

Professor Sir Duncan Rice was born in Aberdeen and took a first degree in history at the University of Aberdeen in 1964.

He began his professional career in Aberdeen as a lecturer in history from 1966 to 1969 before moving to the United States to take up a professorship at Yale University.

He later moved to Hamilton College and then New York University where he was first a Dean of Faculty before being promoted to Vice-Chancellor in 1991. He continued in this role until 1996 when he returned to his alma mater to become Principal and Vice-Chancellor at the University of Aberdeen.

While at New York University he played an important role in one of the most successful US higher education fundraising campaigns, which raised over $1 billion in 10 years.

He took this philanthropic drive to Aberdeen where he spearheaded the University’s Sixth Century Fundraising Campaign, which sought to raise £150 million and is regarded as one of the most successful in UK higher education. Through his role as Chair of CASE (Council of Advancement and Support of Education) Europe he also sought to promote philanthropic giving to Higher Education more broadly.

His legacy at the University will continue to live on not least through our Sir Duncan Rice Library which bears his name in tribute." Professor George Boyne, Principal and Vice-Chancellor of the University

During his tenure at Aberdeen, student numbers - including the proportion of international students - grew substantially, and the University rose in international league tables. Professor Sir Duncan Rice recognised the importance of partnerships with other global universities, investment in research through the Sixth Century appointments, and spearheaded an innovative reform of the Aberdeen curriculum as part of his commitment to raise the ambition of the University to strive for excellence on the international stage.

His wide-ranging contributions to the sector were recognised by honorary degree awards and a Knighthood in 2009.

Professor Sir Duncan Rice was also a supporter of the arts and the economic and cultural well-being of Scotland and held a number of board memberships including the Heritage Lottery Fund Committee for Scotland, Scottish Enterprise Grampian, Scottish Opera/Ballet, and the National Trust for Scotland.

Professor George Boyne, Principal and Vice-Chancellor of the University, said: “Professor Sir Duncan Rice drew attention to this country's distinguished and long-standing tradition of philanthropy for education and re-asserted its importance for universities today.

“His passion for building a British culture of giving in support of Higher Education had benefits well beyond Aberdeen and earned him a reputation as ‘the quiet revolutionary’ of Scottish higher education.

“At the time he launched the Sixth Century Fundraising Campaign, many thought that campaigns of the scale he announced for Aberdeen were impossible outside Oxford and Cambridge. Yet the steady commitment and achievement of Aberdeen's programme since then has helped encourage a wide range of British universities to follow this example.

“His legacy at the University will continue to live on not least through our Sir Duncan Rice Library which bears his name in tribute.

“Professor Sir Duncan Rice’s commitment to international outlook and excellence on the global stage, together with his enthusiasm for extending the University’s cultural role in the community continue to have a positive impact today.”