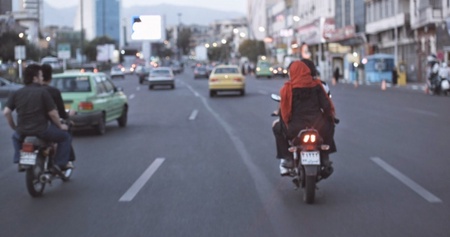 Join us for this special Director's Cut with BAFTA nominated screenwriter and director Tina Gharavi, featuring her highly acclaimed film 'I am Nasrine'.

An 'in-conversation' discussion with Tina hosted by Professor Alan Marcus (University of Aberdeen) will be followed by a screening of what Sir Ben Kingsley has called "a life enhancing film, an important and much needed film."

During this event Tina will tell the story of I am Nasrine's production, from film shoots in Tehran to gathering stories of UK asylum seekers.

Filmed between England and Iran, I am Nasrine was nominated for a BAFTA for outstanding debut and is one of the most important recent films documenting the plight of refugees and the power of protest.

Tickets are £5/£3 concessions, and are available from the Belmont Filmhousedirectly.

Any other enquiries to events@abdn.ac.uk