Norman Stockman is one of the few British sociologists with a specialised interest in China. He has worked with Chinese sociologists on several collaborative research projects. These include a comparative study of women’s work and family life in China, Japan, Britain and the USA, and a project on rural-urban migration in Shanghai. He has also written on social inequality in China, and is the author of Understanding Chinese Society, a general survey of the sociology of Chinese society. Now retired, his teaching included a fourth-year option course on Chinese Society. From 2000 to 2005 he contributed to the postgraduate course leading to the Master of Chinese Studies at the Universities of Edinburgh and Glasgow. He is Honorary President of the University of Aberdeen Chinese Studies Group, and served as Honorary Secretary of the British Association for Chinese Studies (BACS) from September 2005 to September 2011. 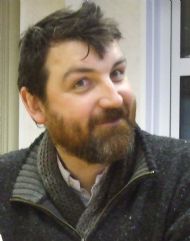 Dr. Martin A. Mills is Senior Lecturer in the Anthropology of Religion at the University of Aberdeen, Scotland and co-founder of the Scottish Centre for Himalayan Research. Author of Identity, Ritual and State in Tibetan Buddhism: The Foundations of Authority in Gelukpa Monasticism (Routledge 2003), his principal research focus is the anthropological study of Tibetan communities, in particular its religious and governmental institutions. Over the last twenty years, he has carried out fieldwork in Tibet, Ladakh, China, Northern India and Scotland.

Geoffrey MacCormack developed a special interest in imperial Chinese law during his long career as Professor of Roman Law at Aberdeen University. He has published books and numerous papers on aspects of Chinese law. He is now Emeritus Professor of Jurisprudence. Geoffrey was a founder member of  the Chinese Studies Group, and has previously served as Chairman of the Group.