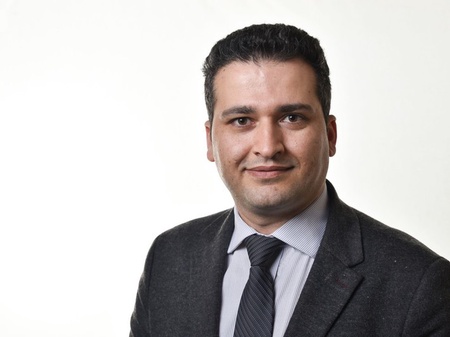 Chief executives of major companies who donate mostly to the United States' Republican Party were more likely to lay off staff to avoid a loss during the pandemic, new research shows.

Four researchers analysed 481 member firms on the S&P 500 US stock market index in 2020, looking at whether they had downsized and if their CEO had donated to the Republic or Democratic parties, to both or to neither.

Dr Bayat told the British Academy of Management annual conference at the Alliance Manchester Business School today that 34% of the firms had reported a loss during at least one of the four quarters of 2020, 28% had laid off staff, and 43% had paid a dividend which was below the level investors had expected to earn in 2020 before the pandemic hit profits.

It is also interesting to find CEOs use the pre-crisis dividend forecasts rather than the pre-crisis actual dividend to inform their dividend decision in times of crisis." Dr Ali Bayat, Lecturer, University of Aberdeen Business School

Around half of firms had a ‘conservative’ CEO – one who donated mostly to the Republican Party.

The researchers found that there was no statistically significant difference in overall rates of downsizing between conservative and non-conservative CEOs in the raw figures.

However, once the data had been adjusted to compare firms with similar characteristics, such as wage costs and productivity, firms with conservative CEOs were more likely than others to have cut staff levels before making a loss. In contrast, other firms only cut their staffing costs once they experienced a loss.

The forms of downsizing used by conservative CEOs were more severe, with 51% of firms laying off staff permanently, compared to only 41% of firms with other types of CEOs.

Dr Bayat told the conference: “What is novel is that our empirical evidence suggests that conservative CEOs as a group are different from all other CEOs. It is also interesting to find CEOs use the pre-crisis dividend forecasts rather than the pre-crisis actual dividend to inform their dividend decision in times of crisis.”