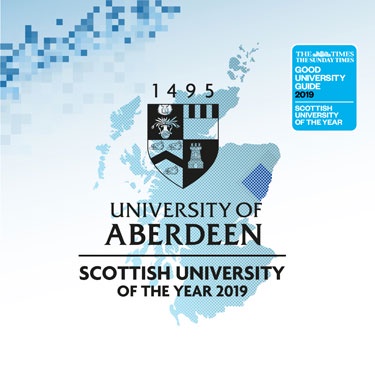 The University was judged to have performed strongly in areas including teaching quality, degree outcomes, and graduate prospects.

The Guide has also acknowledged the University’s world-leading medical research, which was recognised earlier this year when Aberdeen was awarded the Queen’s Anniversary Prize - the highest national honour for a UK university.

Professor George Boyne, Principal, said: “This is a major honour and a testament to the efforts of our staff and students, as well as the great sense of identity and community that we have at Aberdeen.

“As an institution we consistently attract fantastically well qualified students, and this - along with the quality of our teaching - has been an important factor in our success in areas such as degree outcomes and graduate employability."