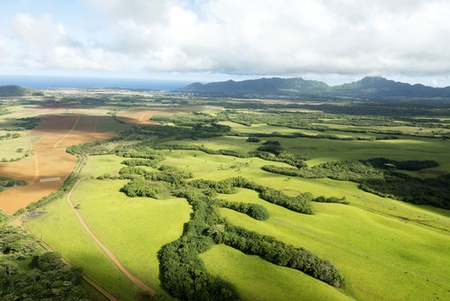 The Scottish Government has stated that its vision is for a fairer – or wider and more equitable – distribution of land in Scotland, where communities and individuals have access to land and there is greater diversity of land ownership. As such, the Scottish Land Commission asked a group of academics to produce a report that would enable them to learn about the experience of other countries of imposing limits on who can own land and/or how much land, any single individual or entity can own.
Malcolm Combe from the University’s law school, and Professor Norman Hutchison from the Business School were both involved in the study, which was led by Dr Jayne Glass from the University of the Highlands and Islands. The research identified and described restrictions on land ownership in 22 countries that could be used for a meaningful comparison with Scotland.

Land ownership brings a range of valuable functionings to the owner some of which are financial and some which are not based on a pecuniary return." Professor Norman Hutchison

Professor Hutchison said: “Land ownership brings a range of valuable functionings to the owner some of which are financial and some which are not based on a pecuniary return. State intervention in land markets is generally not welcomed by existing landowners as it introduces uncertainty and can often have a negative effect on price or restrict use. However, policy changes targeted at land ownership may benefit the nation if they result in positive economic benefits and improve community wellbeing. This research provides evidence of the practice in similar countries to Scotland”.

To view the full report, visit https://landcommission.gov.scot/wp-content/uploads/2018/03/Land-ownership-restrictions-FINAL-March-2018.pdf
• The Scottish Land Commission was established under the Land Reform (Scotland) Act 2016 and came into being on 1 April 2017.
• It is made up of five Land Commissioners and a Tenant Farming Commissioner is based in Inverness with a team of staff led by Chief Executive, Hamish Trench
• The Land Commission is looking at the scale and concentration of ownership as part of its strategic priority of Land Ownership as detailed in the Programme of Work.