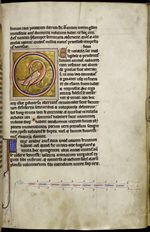 The halcyon, continued. [De] fulica]; Of the coot. [De fenice]; Of the phoenix

The phoenix, the bird of Arabia, named for its colour of Phoenician purple

Let every one of the faithful, therefore, maintain himself and live like that; let them not scurry around, straying this way and that, down different paths, as heretics do; let them not be enticed by the desires and pleasures of this world; but let them stay in one place, finding peace in in the catholic Church, where the Lord provides a dwelling-place for those who are spiritually in harmony, and there let them subsist daily on the bread of immortality, drinking the precious blood of Christ, refreshing themselves on the most sweet words of the Lord, 'sweeter than honey and the honeycomb' (Psalms, 19:10) [Of the phoenix] The phoenix is a bird of Arabia, so called either because its colouring is Phoenician purple, , or because there is only one of its kind in the whole world 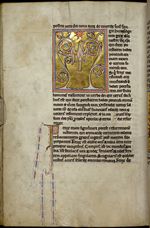 If, therefore, the phoenix has the power to destroy and revive itself, why do fools grow angry at the word of God, who is the true son of God, who says: 'I have the power to lay down my life and to take it again'? For it is a fact that our Saviour descended from heaven; he filled his wings with the fragrance of the Old and New Testaments; he offered himself to God his father for our sake on the altar of the cross; and on the third he day he rose again[...] The phoenix can also signify the resurrection of the righteous who, gathering the aromatic plants of virtue, prepare for the renewal of their former energy after death[...] The phoenix is a bird of Arabia[...] The Arabs call a solitary man phoenix[...] The phoenix also 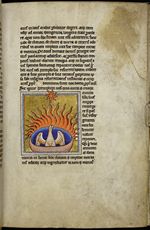 Text The phoenix[...] Illustration The phoenix turns to face the sun, beats its wings to fan the flames and is consumed

Who, but he, tells the phoenix that the day of its death has come, in order that it might make its covering, fill it with perfumes, enter it and die 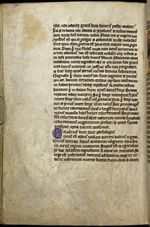 The phoenix, continued. [De caladrio]; Of the caladrius 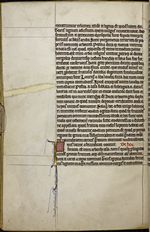 De propriis nominibus arborum; Of the particular names of trees. De ficu; Of the fig tree

The Greeks call this tree 'phoenix', because it lasts a long time, taking the name of the bird of Arabia, which is said to live for many years; the fruits of the palm are called dactilia, from their resemblance to fingers