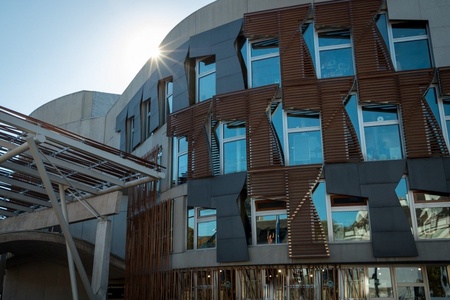 This past event was fully booked!

Held in The Garden Lobby at The Scottish Parliament

This event offers the opportunity to see a performance of original Scots songs based on Aberdeen's medieval burgh records. The songs are contemporary and entertaining, inspired by real historical figures and events, and tell stories about life in the fifteenth century in the context of Scotland's historical links to Europe.

The first eight volumes of the Aberdeen Council Registers, covering the period 1398 - 1511, have been inscribed in the UNESCO Memory of the World Register in recognition of their historical significance.

These records contain more fifteenth-century material than exists for the rest of Scotland's towns combined and give an unrivalled insight into the political and social life of the Scottish medieval burgh.

We are delighted to have two volumes of the records at the event to view.